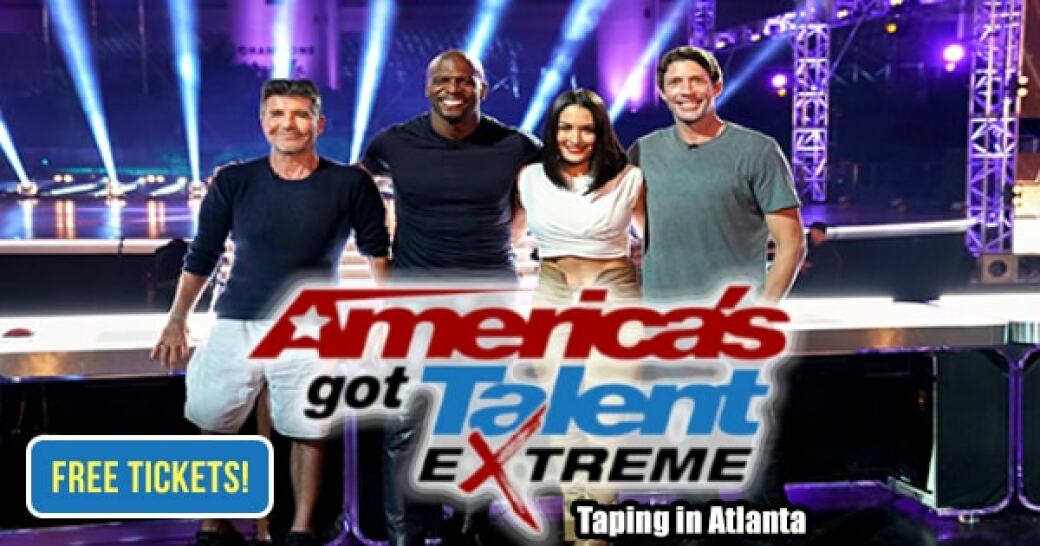 America's Got Talent: EXTREME is taping in Atlanta at Atlanta Motor Speedway

See Simon Cowell,Terry Crews, Nikki Bella and Travis Pastrana Live! Plus amazing performances too big for the theater. Several dates to choose from through October 21.

NEW JUDGES NIKKI BELLA AND TRAVIS PASTRANA
Bella is a former WWE Hall of Famer, who is the star of E!’s reality series Total Bellas. Pastrana is a motorsports competitor and stunt performer who has won a number of X Games gold medals. Perfect for the most Extreme acts you will ever see.

AGT: Extreme will showcase jaw dropping acts that cannot be confined to a theater for their truly epic performances. Featuring extreme contestants going head-to-head in the most wild, outrageous and craziest stunts to vie for the ultimate title. These jaw-dropping acts have their chance to show the Judges and America they have EXTREME talent and YOU can see the action LIVE.