‘Springtime in New York” shakes off the past 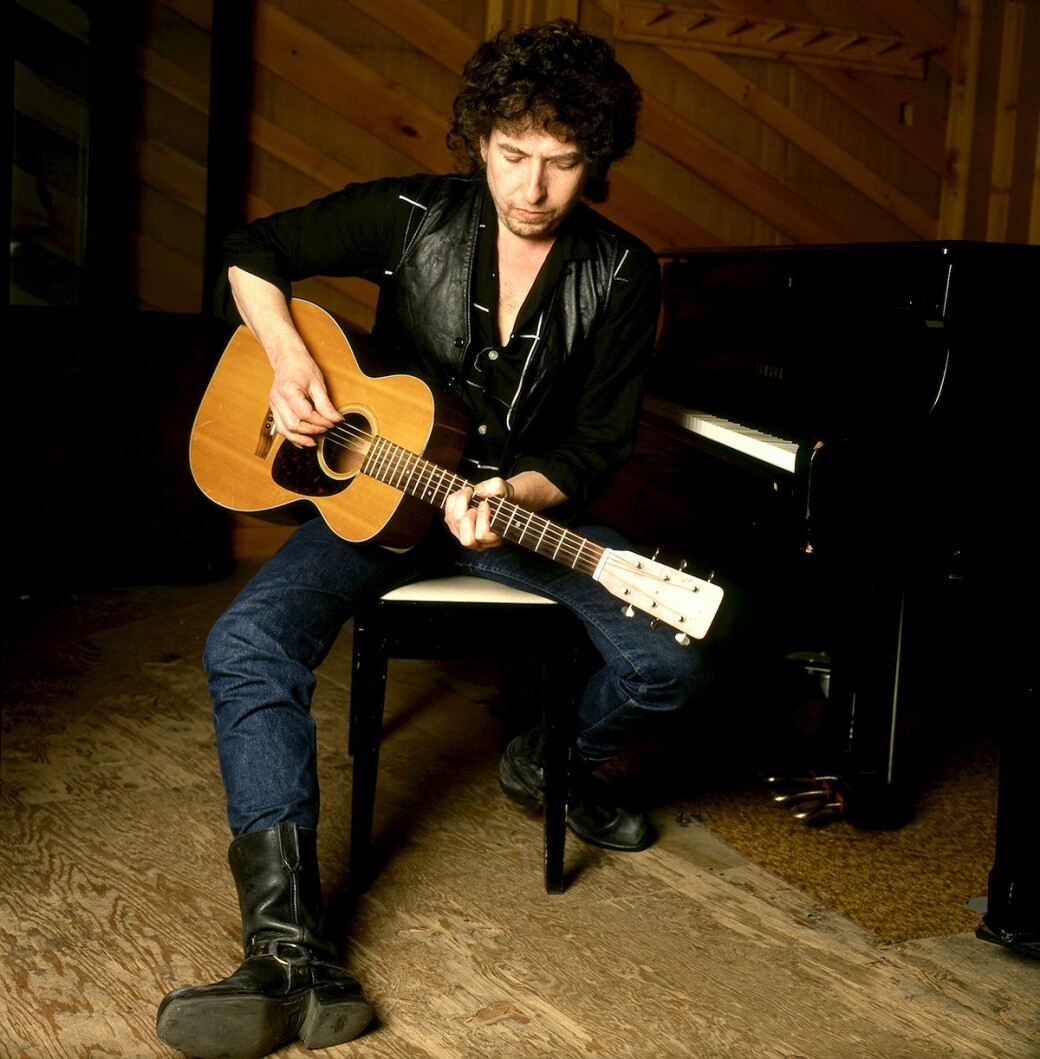 Springtime in New York is a curious title for this, the 16th volume, in the never-ending bootleg series chronicling and redefining Bob Dylan’s recorded — released and unreleased — output. The phrase suggests a sense of hope, perhaps clarity of mind, that the songwriter may have experienced with the release of Shot of Love, Infidels, and Empire Burlesque as he emerged from the religiosity of his two previous albums, Slow Train Coming and Saved.

Yet any such clarity, even with a shift from overtly Christian songs to more subtle biblical references and tenets in his compositions — and a seeming return to secular music — was lost on many who purchased Shot of Love. The title track has Dylan calling out for a “shot of love,” one that perhaps only a savior can provide. Other songs continue the double-entendre of ideas and phrases, leaving Dylan fans to wonder, is he or isn’t he still a Christian? Not that they were concerned for the salvation of his soul. They just wanted the old raconteur back, one who would weave intriguing stories of love and deceit. One who would provide a compass to help guide them through societal ills and political turmoil, as Dylan has offered so many times before. One who was done with proselytizing, eternal damnation be damned, and ready to rock — or folk — or anything other than preach.

Perhaps that question was also in Dylan’s mind at the time of these recordings, for Shot of Love is a musical battleground of emotions and musical ideas. Raw and stripped down, the record is a masterful look at Dylan dealing with inner demons and fighting for his own survival.

The full, five-CD deluxe version of Springtime in New York captures the turmoil in Dylan’s heart, the aggressiveness in his musical attack, and the inquisitiveness and uncertainty/certainty in his songwriting from this period. It is an incredible collection of 57 tracks that allows the listener not only another side to the music of this era, but a picture window into the dichotomy that has pervaded all of Dylan’s works.

Criticized and abused for Slow Train Coming and Saved, and misunderstood for Shot of Love, Dylan rebounds, forging a strong set of songs for Infidels, recorded with a band that includes guitarists Mark Knopfler and Mick Taylor, keyboardist Allan Clark, and the solid rhythm section of Sly Dunbar, drums, and Robbie Shakespeare, bass. Fervent and unrelenting, the album “sounds” powerful, produced by himself and Knopfler. Dylan seems to have the world by the balls, yet for all of Infidels’ steadfastness, there’s also a hint of skepticism running through the compositions. Is Dylan questioning his own conversion? Was it nothing more than a lovers’ tryst? A chance escape?

By the release of Empire Burlesque, whatever uncertainty Dylan may have been experiencing seems to have fallen by the wayside. The songs are confident, though sometimes plaintive. Lyrically, he’s undaunted, but from the photograph on the album’s cover, he’s as much a fashion victim to the ’80s as the rest of us. And, unfortunately, so are the recordings on Empire Burlesque. Given the atmosphere of the early to mid ’80s, when popular music was drawing from so many different wells with punk, pop, metal, rap and dance music all colliding on the record charts, the bombastic mix and production on Empire Burlesque offers nothing other than a deep, echoing thud.

Which is why Springtime in New York is such an important addition to the Dylan canon. The set presents three seemingly disparate albums, strips back the layers of studio effects and overdubs of Infidels and Empire Burlesque, and reveals the material of the latter two albums in all its ragged, wondrous glory. The raucousness that makes Shot of Love such an incredible record is alive and well in the alternate takes and different mixes of songs from Infidels and Empire Burlesque. Springtime presents the three albums as a cohesive trilogy of their own. It’s no wonder that Dylan took songs from the recording sessions for these three albums, and worked and reworked them during the five-year period Springtime in New York represents. Without the audio histrionics, it’s evident all of the songs are mined from the same vein. Rebellious and rugged, these songs from 1980 to 1985 are the soundtrack to a Saturday night barroom brawl, one in which Dylan finds himself in the midst. Hell, he may have even thrown the first punch, while maybe, just maybe, contemplating redemption in the morning.

It is not only Dylan’s own compositions that find him in good trouble on The Bootleg Series: Vol. 16, but the covers he leads the musicians through, as well. They are cantankerous, almost blood-thirsty, whether the original versions were meant to be or not. “Mary of the Wild Moor,” “Mystery Train,” “Baby What You Want Me To Do,” even “Jesus Met the Woman at the Well” and “This Night Won’t Last Forever,” you might expect from Dylan. But “We Just Disagree,” “Sweet Caroline,” “Fever,” “Abraham, Martin and John,” “I Wish it Would Rain,” and “Let It Be Me”? Down and dirty, this is roots, rock, and roll with a gospel back and a blues infusion. 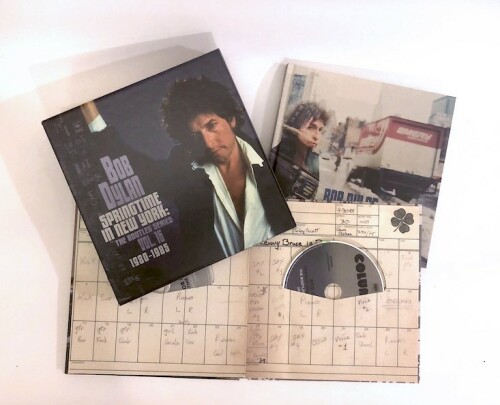 Of course, as The Bootleg Series proves, time and time again, Dylan is best when he covers himself, giving the listener different versions of his own songs. Nowhere is this more evident than on the opening track, “Señor (Tales of Yankee Power),” in which Dylan revisits the savage indictment from Street Legal with a more soulful, plaintive rendering. Nothing short of incredible and awe-inspiring.

Read the included “hardcover book with … extensive liner notes and track-by-track commentary,” as the hype sticker on the cover of the package describes it, to get the full details of the songs included on the deluxe version of volume 16 of The Bootleg Series, but listen to the songs to realize you may have heard many of them before, but never as inspired and engrossing as they are here.

Fifty-seven tracks, 54 of them previously-unreleased, including versions of “Blind Willie McTell,” “Lenny Bruce,” “Julius and Ethel,” “Foot of Pride,” “Lord Protect My Child,” “Angelina,” and “Straight A’s In Love” — which may have taken its name from a Sun Records single, but lyrically recalls the novelty of the best Dan Baird compositions.

Springtime in New York? More like Dylan takes a trip through the land of salvation and sin, and we get to go along for the ride. —CL—