HIGH FREQUENCIES: The Rolling Stones 'back to basics' at Mercedes-Benz Stadium 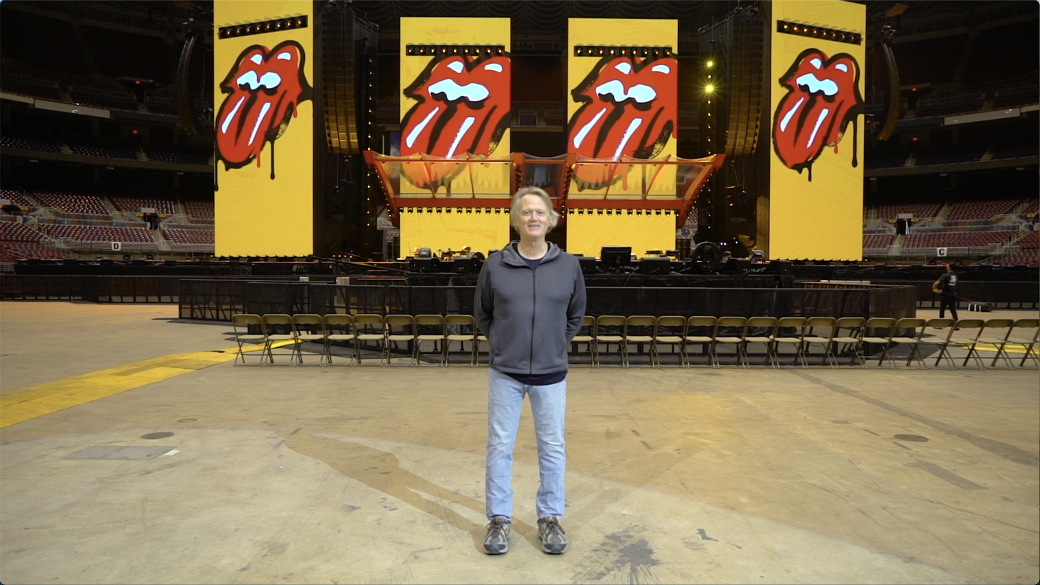 At the beginning of Get Your Ya-Yas Out, the second live album by The Rolling Stones, the band is introduced through a manic audio collage of stage announcements, one that culminates with “Ladies and gentlemen, the greatest rock and roll band in the world, The Rolling Stones!”

At the time of the intro’s recording, November, 1969, the British band was just laying claim to the title, grabbing hold of it before any other other band might attempt the same. Over fifty years later, they might as well have trademarked the phrase. They are still regarded as the greatest rock ’n’ roll band in the world by fans and critics alike, and their popularity has not faltered, as the band continues to fill stadiums and arenas wherever and whenever they play.

Indeed, with popular music having undergone so many changes since the Stones first appeared, with guitar sales in a slump, and hip-hop becoming the basis for so much of today’s music, The Rolling Stones may very well be the only rock ’n’ roll band left in the world. Certainly, they are the only rock ’n’ roll band of their stature. There will always be musicians thrashing around on guitars in garages and basements the world over, but the days of their ascendency to the heights of The Rolling Stones seems long gone.

Dale Skjerseth, production director for The Rolling Stones No Filter Tour 2021 calls them his “Rolls Royce.” Speaking to a handful of reporters and journalists via Zoom from The Dome at America’s Center, in St. Louis, MO, he considers The Rolling Stones “the pinnacle of rock ’n’ roll … sixty years and still standing in stadium mode,” adding “no one should pass up an opportunity” to see them perform. The Rolling Stones play Atlanta’s Mercedes-Benz Stadium Thursday, Nov. 11.

While Skjerseth acknowledges Rolling Stones tours of the past have been very elaborate affairs, with stories-tall inflatable characters such as during the Voodoo Lounge tour of 1994 — his first tour with the band, when he joined them as stage manager — he says the No Filter tour is “back to basics.” The set-up is relatively simple. With only the backline and four large, 45-foot video screens onstage, the focus of this tour is on “visuals and sound,” hearing the band and seeing the band, with “no cosmetics.”

Skjerseth maintains “the Stones have done their homework” and are aware of of what they’ve played in which cities, tailoring each city’s setlist to include songs they may have never played in that city along with the standards and many of the favorites audiences want to hear. Does that mean we will hear “Heaven” in Mercedes-Benz Stadium Thursday night? I’m not holding my breath.

During rehearsals for this resumed-leg of the No Filter tour, Skjerseth says the touring band — which now includes Mick Jagger, Keith Richards, Ronnie Wood, Chuck Leavell, Darryl Jones, and Steve Jordan, among others — warmed up by digging deep into the extensive Rolling Stones catalogue. As for the absence of the late Charlie Watts, who died in August of this year, Skjerseth reminds everyone that “they were planning to tour without him … so that he could rest” following a heart procedure surgery, with Jordan already picked to temporarily replace him on drums.

The tour, which originally started in 2017, has had to be postponed twice, in 2019 due to Jagger having to take a break for a heart valve replacement, then again in 2020 due to the coronavirus pandemic. After the Atlanta show, the No Filter tour is scheduled to end November 23 in Hollywood, FL. —CL—