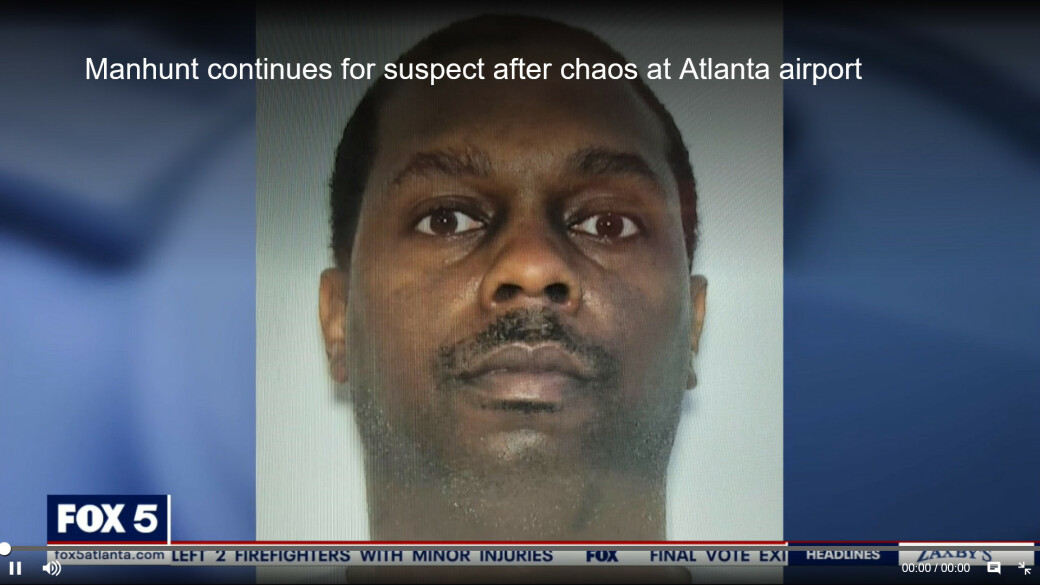 Photo credit: Courtesy CBS 46
Kenny Wells
By CL News Staff Tuesday November 23, 2021 06:00 AM EST
The suspect who discharged his gun at Hartsfield-Jackson Atlanta International Airport on Saturday has been identified as Kenny Wells, 42, a convicted felon. Wells faces charges of having a concealed weapon at a commercial airport, possession of a firearm by a convicted felon, discharging a firearm, and reckless conduct in connection with the incident. Wells reportedly grabbed the weapon from his bag while waiting to be searched, fired it, and then escaped from the terminal; he is still at large. Three people suffered minor injuries during the episode. justthenews.com