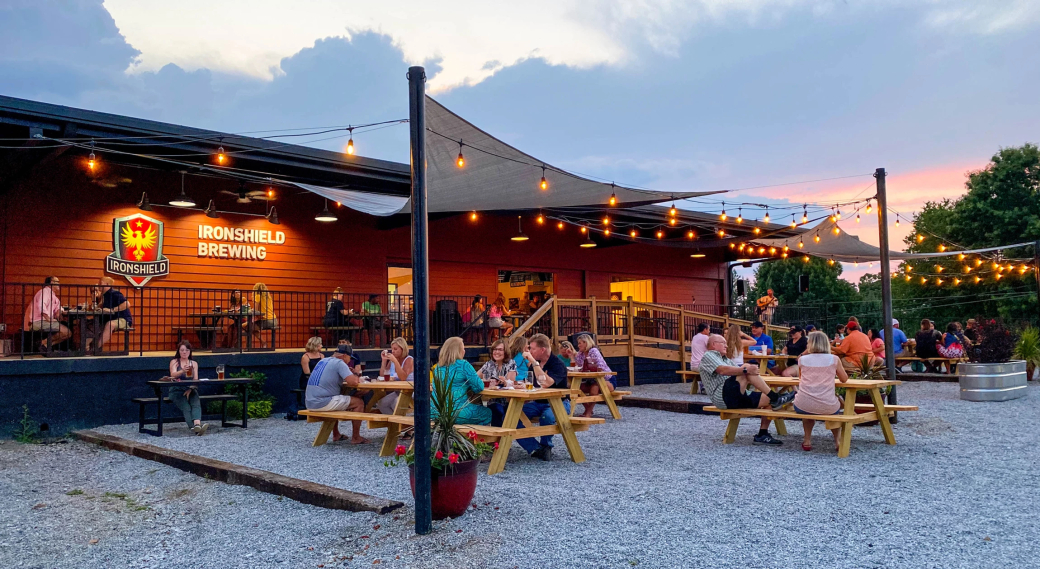 Looking ahead to New Year’s, New Realm Brewing in Old Fourth Ward is selling tickets for their New Year’s Eve party that will include an open bar, live music, and two buffets.

Celebrate the New Year with Gate City Brewing in Roswell from noon to 12:30am. They’ll have a live DJ, 18 beers on tap, and seasonal craft cocktails in addition to food from Q’Paso—no ticket necessary!

Brew Year’s Eve at Line Creek Brewing in Peachtree City will feature live music, food from Blue Nomad Grill from noon to 9 p.m., and all your favorite brews from 9 p.m. till midnight.

Reformation Brewery’s Canton and Woodstock locations will be open late for New Year’s celebrations and plenty of surprises!

StillFire Brewing in Suwanee is having an 80s Prom Party for New Year’s! They’ll have BBQ for purchase from 6-10 p.m., and no cover before 8 p.m. Wear your best 80s prom gear and see who gets crowned prom King and Queen!

Start celebrating New Years earlier in the day with Brew Year’s Brunch at Monday Night Garage in the West End. Join them from 11 a.m. to 3 p.m. for brunch bites, seasonal beers, and $20 bottomless beermosas.

Ironmonger Brewing in Marietta celebrates New Years from 8 p.m. to 1 a.m. VIP tickets include your midnight toast and a full evening of axe throwing.

And if you want to look even further into 2022, Sweetwater Brewing has announced the dates for that year’s 420 Fest—it’s happening in Centennial Olympic Park from Thursday, Apr. 28 through May 1!

Join Second Self Beer Company (1317 Logan Circle, Atlanta) in West Midtown for their new Wag-A-Long Wednesdays! Every Wednesday from 5-9 p.m, bring your doggy friend with you and get $1 off your first pint, and $10 pitchers for everyone else!

Social Fox Brewing (20 Skin Alley, Norcross) is now a proud sponsor of the Atlanta Gladiators and you’ll be able to purchase some of their brews at the Gas South Arena as of November 5! You can also watch all the Gladiators away games in the taproom!