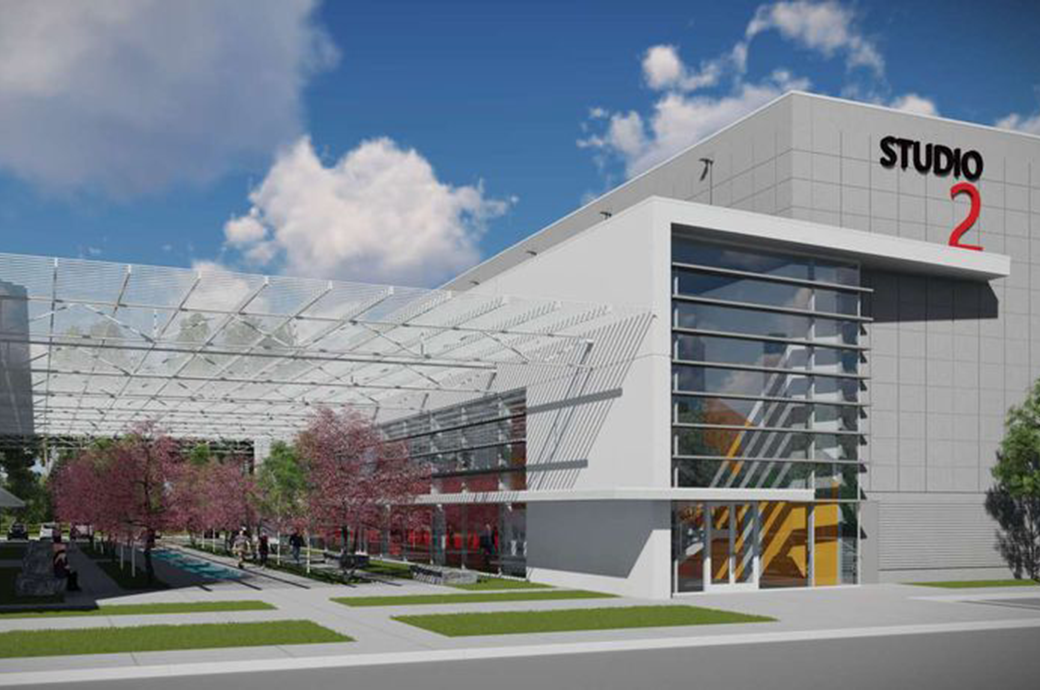 Photo credit: Courtesy Cinema South Studios
Rendering of the future Cinema South Studios in Fayetteville, GA
By CL News Staff Tuesday February 22, 2022 06:00 AM EST
A new film production facility in Fayetteville will be the first studio in the state owned by a Black woman. Industry veteran Tammy Williams and her business partner Gary Guidry plan to open Cinema South Studios by the first quarter of next year at a cost of $135 million. Cinema South will consist of eleven soundstages, a back-lot, a prop house, a wardrobe rental facility, a lighting grip rental house, a theater, post-production facilities, and an academy where Williams will conduct job training seminars. “We’ve been patient,” she said in a press release. “This has not been an overnight thing.” blackenterprise.com