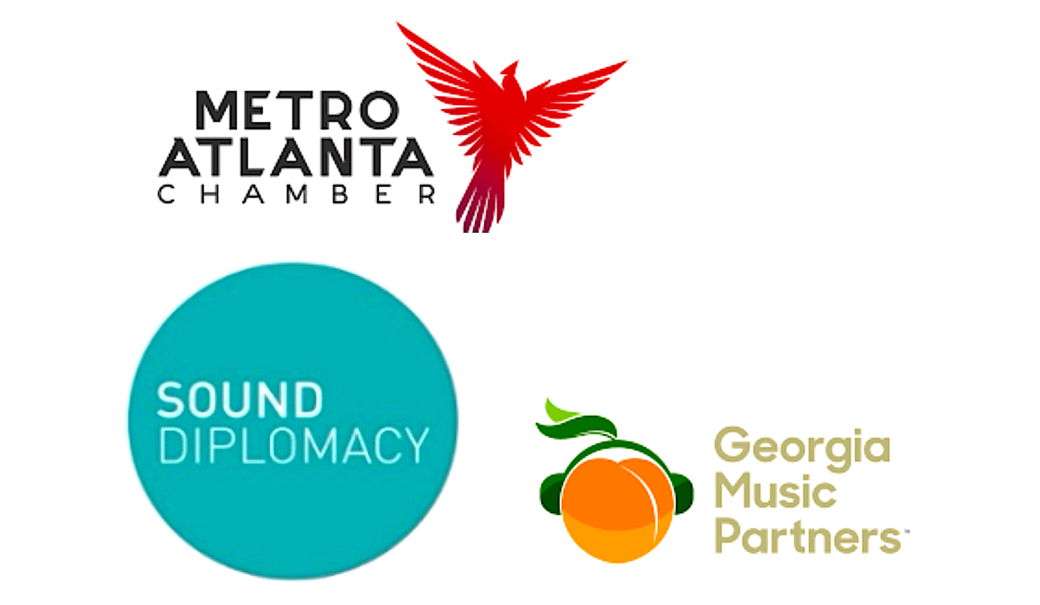 Georgia Music Partners, a leader in improving and growing the music industry, announced today a partnership with Sound Diplomacy to address the current state of Atlanta’s music economy. The first Atlanta: A Music Cities Business Summit will address the potential for music to be a catalyst in bolstering Atlanta as a global business leader.

“The fact of the matter is, Atlanta is creating today’s global soundtrack and generates an estimated $1.67 billion for the city. Atlanta’s music ecosystem spans every genre, and as we have artists and creators competing worldwide, it is important for city and business leaders to understand how music is shaping cities around the world. We should be shining a light and leveraging everything happening in our backyard to maximize it for the community,” says Tammy Hurt, Georgia Music Partners Co-Founder and Chair of the Board, Recording Academy. “A vibrant music economy drives job growth, investment, and entrepreneurship. This music business Summit is an opportunity to bring together change makers to discuss how to increase the impact that the industry in Atlanta has on the overall metro economy.”

With the support of music entities like Amazon Music and the Recording Academy Atlanta Chapter, the Summit consists of three signature panels, opening remarks by City of Atlanta Mayor Andre Dickens and a closing keynote by music industry icon L.A. Reid, as well as other notable panelists.

“Atlanta’s music is one of the city’s most valuable exports, and yet it is one of the most undercapitalized resources the city has to offer,” notes L.A. Reid,. “It drives the culture that has shaped the city. As one of the most equitable and diverse industries, I look forward to returning to Atlanta and building a strategic plan for metro Atlanta that brings together the music community as well as public-private partnerships. Music is a catalyst that can not only unite our divides but spark a stronger Atlanta in the process. I look forward to working with Georgia Music Partners at the first of its kind Summit.”

How can those changing and improving Atlanta’s skyline and investing in Atlanta’s communities and their development be catalysts not only for the city’s real estate sector but also its music sector? In this panel, we break down the different opportunities happening across Atlanta and learn how, working together, the real estate and music community can further accelerate Atlanta’s growth into the world-leading music city.
Mala Sharma, President, Georgia Music Partners – Moderator
Brian McGowan, President, Centennial Yards
Brad Olecki, CEO, Georgia Music Accord
Ryan Wilson, CEO and Co-Founder, The Gathering Spot
Robert Lavia, CEO, UMusic Hotels

Atlanta has a world-class music economy, but it has not been seen in the same vein as film. Despite having global companies and leaders, it lacks the infrastructure and recognition that it deserves. To change this, how can Atlanta invest in and accelerate its music economy? How can it be a tool to jump-start COVID recovery and do so in an equitable, inclusive fashion?
Tammy Hurt, Chair of the Board, Recording Academy – Moderator
Sameed Afghani, Vice President and General Manager, Atlanta Symphony Orchestra
Steve Cohen, United Talent Agency
Amber Grimes, GM/EVP, LVRN
J Carter, Founder, One Music Fest

How can Atlanta develop a world-leading music and nighttime economy policy? What is the role of an Office of Nighttime Economy and Music? How can the city and county administrations best collaborate and what are the benchmarks the city should aspire to? In this session, we get into the detail of Atlanta’s developing music and nighttime economy policy infrastructure and its impact on developing the city – and surrounding counties – into a world-class music and nighttime economy destination.
Shain Shapiro, Founder and Chairman, Sound Diplomacy – Moderator
Phillana Williams, Director, Mayor’s Office of Entertainment, City of Atlanta
Shelbia Jackson, Director, Dekalb Entertainment Commission
Robb Pitts, Chair of the Board, Fulton County Board of Commissioners