ATL UNTRAPPED: The New Deante' Hitchcock — on and off wax 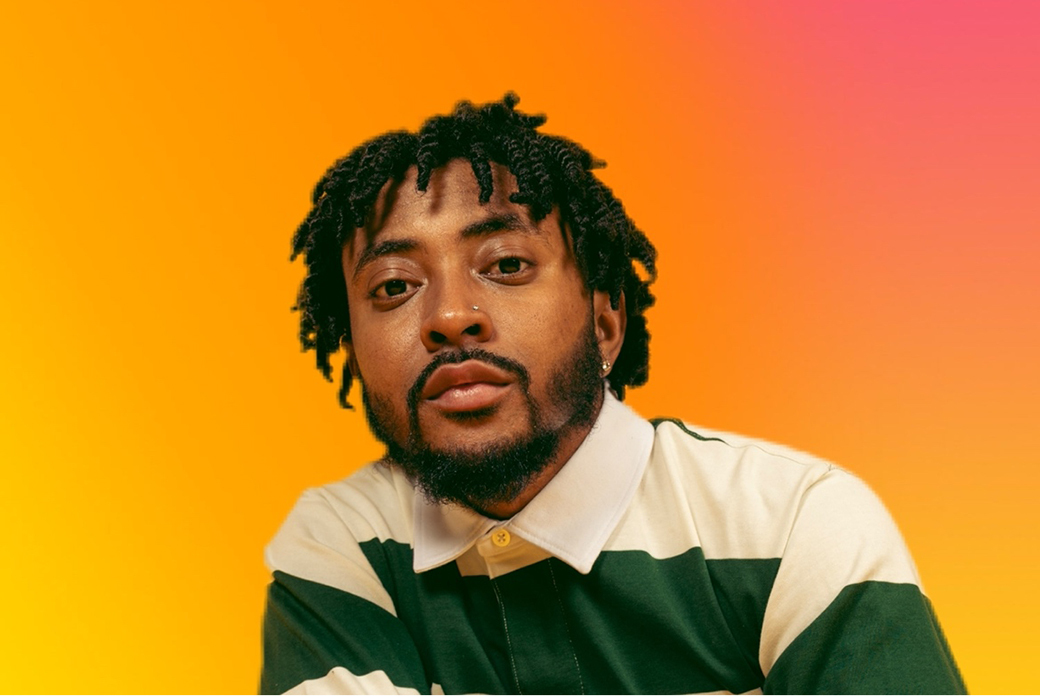 The last time Deante' Hitchcock appeared in an issue of CL was in 2019, during the nail-biting rollout of his phenomenal studio debut, Better. Just a few months shy of a three full years later, the Clayton County-bred rapper is back to discuss the most important things in his life at the moment, and in the famous words of The Notorious B.I.G., a lot of “shit done changed” for Hitchcock.

Hitchcock is now a platinum-selling and Grammy-nominated artist, and furthermore, he’s a father. At the top of 2022, Hitchcock welcomed his first child, Otto Saint, alongside his longtime partner, an experience that he warmly describes as “the hardest shit I’ve ever done in my life.”

“But the payoff — even so far — has been amazing,” he says while reflecting on the time that he has spent with his four-month-old son thus far. “It’s beautiful as hell. It’s a mystical experience.”

In addition to raising a newborn, Hitchcock has been busy dropping EPs — including his melodic and enjoyably toxic Valentine’s Day project Everyday the 14TH and his recent Big K.R.I.T. and Westside Boogie-assisted two-pack Callin’ All My Children — and prepping the release of his sophomore album. One of the most inspiring moves that he has made off-wax is launching The Mother God Project. Unlike Better, Everday the 14TH, or Callin’ All My Children, Hitchcock’s community initiative is a project that doesn’t require any streaming to feel its impact, but listening to his song “Growing Up/Mother God” does contextualize the ByStorm Entertainment artist’s new philanthropic effort.

“Somebody asked me why I think God is a woman/And I said, ‘Your momma cookin' must not be as good as mine/Your lil' sister must not warm your spirit when you see her crack a smile/And you never seen one hold a child, in her arms after she just birthed it," Hitchcock raps at the start of “Mother God.” Over the soulful and piano-driven Brandon Phillips Taylour production, Hitchcock continues to rhyme, “As the cards in this life get dealt, I know I always got me some queens/All my grandmas, partners, cousins and aunties always on time like Ashanti.”

Deante' Hitchcock has an outspoken affinity for the women in his life, and in order to help others like them, he launched The Mother God Project in partnership with Norcross nonprofit Acces to Capital for Entrepreneurs Inc. (ACE) Women’s Business Center. Since its launch in March, the initiative has worked towards its goal of empowering 100 local women entrepreneurs by helping them obtain their LLCs and connecting them with priceless resources like one-on-one business coaching and training.

“The majority of the most influential people in my life are women — whether it be my mom, my girl, my aunts, or my homegirls. We just wanted to extend [a hand],” Hitchcock says. “It’s not the most grandiose thing, but it’s like giving a stepping stone. They say the hardest part is just getting up and actually getting out the door to go do it, and [we’re] actually able to start the process of building up an LLC for somebody who has some type of business idea. It's small right now, but as everything continues to get bigger, I think we can actually turn this shit up.”

With his second studio album on the horizon, Hitchcock has the opportunity to level-up once more, and while he remains tight-lipped on any details surrounding the record, he does reveal that listeners can expect a balanced effort.

“I’m very happy that we're making the shift towards another facet my creativity with the singing and melodic love songs,” Hitchcock teases, “but at the same time, you don’t want to confuse folks by changing shit up too fast. I done seen some artists do that and their initial core fan base don’t really fuck with them no more. So it's like trying to find that balance. Like we’re rapping here with some of the “rap-rap” dudes, but it's gonna be a love song. I’mma still give y’all what y’all think is coming, but I'm trying to explore some new shit.” -CL-

The wait for Deante' Hitchcock’s sophomore album begins, but in the meantime, here are the essential hip-hop shows coming to the city this month.


NoCap, Tabernacle — In 2022, Atlanta may be the cultural hub of hip-hop, but it’s not a far cry to argue that it is no longer the leader within the genre. For now, hotbeds in Memphis, TN, Houston, TX, and Mobile, AL, have claimed their share. If you’re wondering how Alabama even has a rap scene, look no further than NoCap. The YoungBoy Never Broke Again-affiliated rapper is on the precipice of making the leap to mainstream hip-hop radio, and he’ll be bringing his new full-length effort Mr. Crawford to the stage at Tabernacle this month. Go for the hype, and you won’t have a problem staying for NoCap’s soulful and lyrically robust tunes.
$27.50. 8:00 p.m. Tabernacle, 152 Luckie St NW, Atlanta, GA 30303. www.tabernacleatl.com/. @tabernacleatl 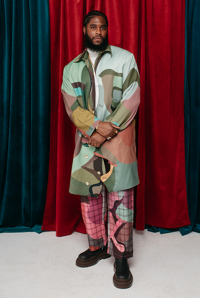 Big K.R.I.T., Tabernacle — Fresh off his fifth studio album, Digital Roses Don’t Die and his collaborative Full Court Press with Girl Talk, Wiz Khalifa, and Smoke DZA, Big K.R.I.T. set out to collect his flowers on his 33-date Digital Roses Tour. This month, the tour will wrap up in Atlanta, and it will be the perfect opportunity for longtime fans of the Southern rap legend to see him live and reminisce on his acclaimed career.
$30-$75+. 8:00 p.m. Tabernacle, 152 Luckie St NW, Atlanta, GA 30303. www.tabernacleatl.com/. @tabernacleatl 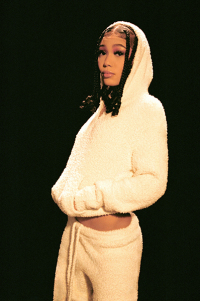 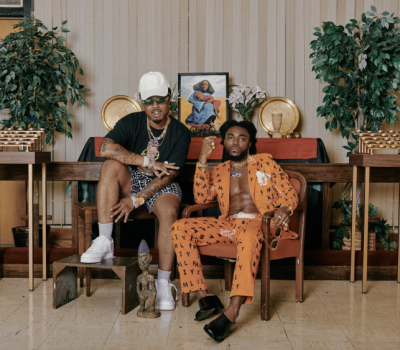 GHETTO GODS: EarthGang is taking of The Eastern for the final date of their Biodeghettable Tour. PHOTO CREDIT: Ant Solou

EarthGang, Mike Dimes, The Eastern — EarthGang, a.k.a Atlanta’s favorite Ghetto Gods, will return to the city for the first time in months and bless rap fans with the Biodeghettable Tour. Set at The Eastern, the final date of WowGr8 and Johnny Venus’s sprawling 34-date North American tour will put the lauded duo face to face with a hometown crowdThey will be joined by rising Texas rapper Mike Dimes.
$37.50-$99. 8:30 p.m. The Eastern, 777 Memorial Dr SE Building C, Atlanta, GA 30316. www.easternatl.com. @easternatl 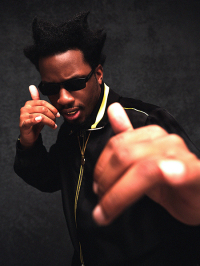 MELT SESSION: Denzel Curry is bringing his latest album to the Tabernacle, along with some help from Kenny Mason, Skiifall, and more. PHOTO CREDIT: Adrian Villagomez

Denzel Curry, Kenny Mason, Skiifall & more — In addition to being one of Florida’s most skilled rappers, Denzel Curry is a phenomenal curator of sounds, and his recently released fifth studio album Melt My Eyez See Your Future is proof of that. Having tapped guest contributions from artists as disparate as Robert Glasper and slowthai for the album, it only makes sense that Denzel Curry would go the same route with his Melt My Eyez Tour, and when it arrives in Atlanta, attendees will be treated to a diverse set of openers — including redveil, PlayThatBoiZay, rising Montreal rapper Skiifall, and Atlanta’s own Kenny Mason.
$30-$65+. 8:00 p.m. Tabernacle, 152 Luckie St NW, Atlanta, GA 30303. www.tabernacleatl.com/. @tabernacleatl


Arrested Development, City Winery — The local underground rap scene will be on full display this month thanks to concert performances by Kenny mason, Grip, and EarthGang, but perhaps the most exciting show in June belongs to the city’s hip-hop OGs: Arrested Development. The Grammy-award winning ensemble just wrapped up a lengthy world tour, and now, the gang will return to Atlanta for a three-day residency at City Winery that dually serves as a celebration of Juneteenth and the 30-year anniversary of their timeless debut album, 3 Years, 5 Months and 2 Days in the Life Of…. This is not a show that you’ll want to miss!
$35-$45. 8:00 p.m. City Winery, 650 North Avenue NE, Atlanta, GA 30308. www.citywinery.com/atlanta. @citywineryatl 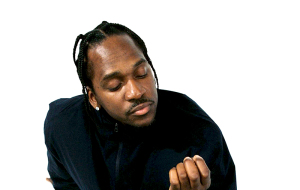 
Grip, Aisle 5 — When debating which Atlanta rapper is the best, you better mention Grip. Eminem’s latest protege has been touring in support of his major-label debut, I Died For This!?, and in his first Atlanta show since the album’s release last fall, Grip is set to headline the Made In Atlanta showcase at Aisle 5. As far as other performers are concerned, the event is simply billed as “Grip & special guest,” but honestly, any excuse to see the talented emcee live is enough to warrant purchasing a ticket.
$25. 8:00 p.m. Aisle 5, 1123 Euclid Ave NE, Atlanta, GA 30307. www.aisle5atl.com. @aisle5_atl.