CREATIVE ARTS: New perspectives for the change in season 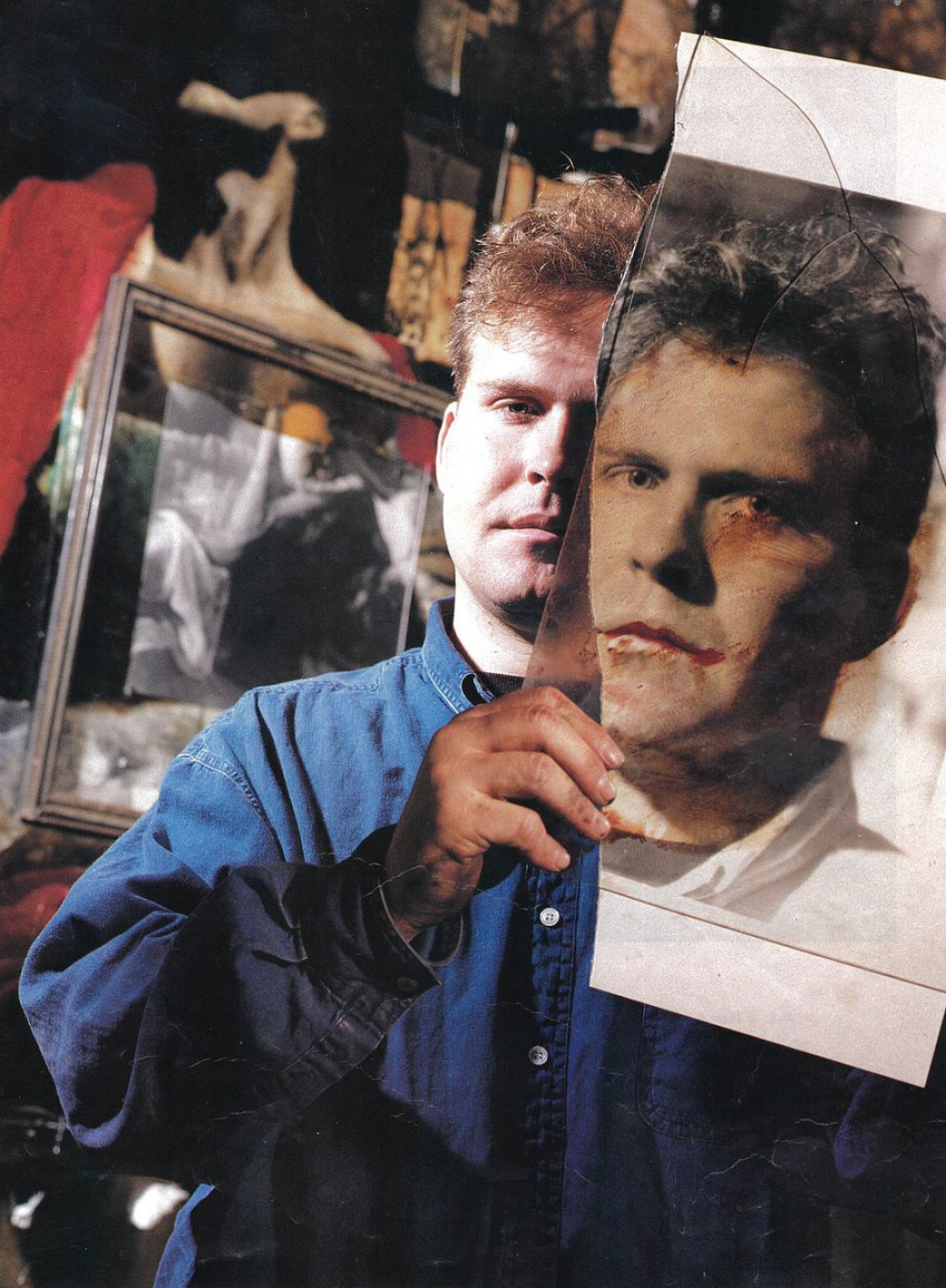 Photo credit: Courtesy of Bill Lowe Gallery
IN MEMORIAM: For the first time since his passing, an exhibition of the work of Todd Murphy is viewable at Buckhead’s Bill Lowe Gallery this October.
By Okla Jones, III Friday September 30, 2022 02:11 PM EDT

For many, fall is the best time of the year. The weather is just right. The holidays when we can relax and spend time with family are right around the corner. And the color of leaves transition to a beautiful, burnt orange, turning many trees around the city into their own unique works of art.

An event such as The Old Fourth Ward Arts Festival is a two-day celebration that serves as a testament to embrace Atlanta's natural aesthetic, while Harry Underwood’s Outdoor Worship highlights the importance of nature, and how the observance of many objects can become therapeutic during life’s most challenging moments. Another interesting exhibit that will also be viewable this fall is ''Idea + Place at eyedrum. This collection of work will showcase the art of the Black Mountain College Museum in North Carolina, and how its students and faculty have been able to expand the boundaries of creativity throughout the years. By honoring the artistic of a different part of this country, it shows how art connects us all in one way or another.

Whether you’re one to explore the natural beauty of Atlanta, or if you want to examine art in a gallery setting, here are some interesting exhibitions and events to see in the city this fall. 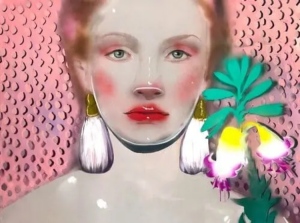 Virgo: Group Exhibition, Wolfgang Gallery — This multi disciplinary group exhibition will explore the origin and mythology of the astrological history of Virgo, as well as how it has evolved throughout the years. It will feature the works of Alison Blickle, Lewinale Havette, Adéla Janská, Andrea Mary Marshall, Jay Miriam, Hayley Quentin, and Corri-Lynn Tetz. Each artist will create their own perception of what Virgo means to them, and how it has been personified in contemporary culture. — Okla Jones, III
Free. Now-Sat., Nov. 15. 1240 Old Chattahoochee Ave NW Suite H, Atlanta, 30318. 404-549-3297 www.wolfganggallery.com Anna S. King


''Old Fourth Ward Arts Festival, Historical Fourth Ward Park — Presented by the Atlanta Foundation for Public Spaces, this two-day extravaganza will celebrate the community and rich tradition of Old Fourth Ward. The festival will include activities for people of all ages, including fine arts and crafts, a children’s play area, local food and beverage concessions, and live acoustic entertainment on the lawn. Attendees will also be able to experience the environment of Atlanta’s BeltLine and the surrounding atmosphere. — Okla Jones, III
Free. Sat., Oct. 1-Sun., Oct. 2. 680 Dallas St NE, Atlanta, 30308. www.oldfourthwardparkartsfestival.com/ @o4wartsfest 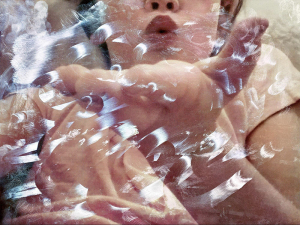 ART CONNECTS US ALL: Explore the intersection of three bodies of work by Tabitha Soren. Emailed Kiss Goodnight, 2016. © Tabitha Soren, and of Jackson Fine Art

Tabitha Soren: Relief, Jackson Fine Art — Tabitha Soren’s solo exhibition will feature three of the artists’ most celebrated series — “Running” (2011 – 2014), “Surface Tension” (2013 – 2021), and “Relief,” an ongoing project that will be making its world premiere at Jackson Fine Art. The gallery will connect the three bodies of work in its show. In “Running,” Soren photographs figures captured in the act of arrival or flight, often in desolate urban landscapes. With “Surface Tension,” Soren shines raking light on a dirty iPad screen, capturing and reimagining the found images underneath with her 8x10 film camera. Lastly, in “Relief,” Soren manipulates beautiful landscapes and formal portraits by cutting, bending, burning, blasting, or shooting the paper they are printed on, removing the screen as interlocutor between hand and image and closing the circle that began with “Running” by similarly suggesting a future that might closely resemble the past. — Okla Jones, III
Free. Now-Sat., Dec. 23. 3115 E. Shadowlawn Ave NE. Atlanta, 30305. www.jacksonfineart.com @jacksonfineart 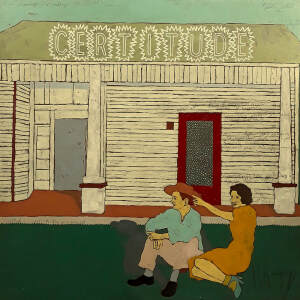 GET OUT: See the observance of being outside at The WADDI. Courtesy of Harry Underwood, 2021

Harry Underwood: Outdoor Worship, The WADDI — Self-taught artist Harry Underwood was raised near Homestead, Florida. in the late 1960s and early 70s. After being uprooted by Hurricane Andrew in 1992, he lived in New Orleans and Austin before settling in Nashville. Underwood’s passion for art began to increase throughout the years, and now paintings are exhibited in galleries and private collections across the country. “Outdoor Worship” is a collection of paintings inspired by the artist’s experience in dealing with his mother’s illness. “When I’m not painting I am playing outdoors or visiting with her,” he says about his current exhibition at the WADDI. “I want to escape horror. If existence is a dream then let it be one.” — Okla Jones, III
Free. Now-Sat., Oct. 29. 26 Waddell St NE, Atlanta, 30307. www.differenttrainsgallery.com @differenttrainsgallery 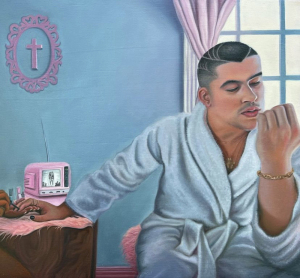 NEW CREATIONS: Art to look out for during Latin Heritage Month. Courtesy of Emily Cadena 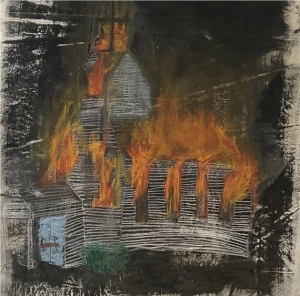 James Bester: Fluent – UTA Artist Space Atlanta Pop-Up Exhibition, Pullman Yards — Paintings by James Bester, a former D-II football player, are the focus of the Fluent exhibition. The artist’s work is influenced by the “face jugs” that first appeared in the southern region of the United States during the 1800s. Many of the pieces feature strong lines, distorted figures and concepts that are symbolic of the trials and tribulations the Bester and his family have experienced throughout the years. — Okla Jones, III
Free. Now-Sat., Oct. 29. 225 Rogers St NE Atlanta, 30317. www.pullmanyards.com @prattpullmandistrict 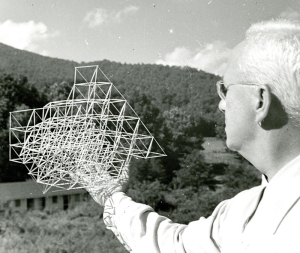 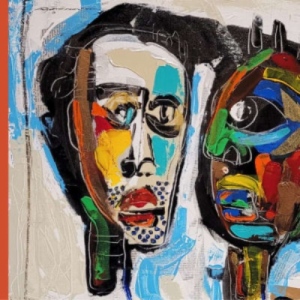 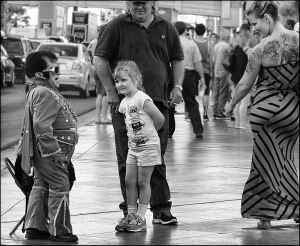 IT’S BIGGER THAN BLACK AND WHITE: ‘The Absence of Color’ at Callanwolde. Courtesy of Marc Elhaney 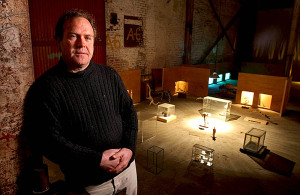 A CELEBRATION OF LIFE: The works of one of Atlanta’s greatest creatives on display in Miami Circle. Courtesy of Jason Getz 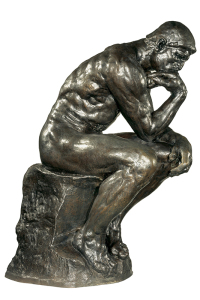 HIGH TIMES: Rodin’s ‘The Thinker,’ along with other sculptures at the High Museum in October. Auguste Rodin (French, 1840–1917), The Thinker, large version, modeled 1903, cast by Alexis Rudier 1928, bronze, Baltimore Museum of Art, The Jacob Epstein Collection.

Rodin in the United States: Confronting the Modern, High Museum of Art — The work of Auguste Rodin — one of the most notable sculptors of the modern age — will be the focus of a new exhibition at the High Museum of Art. Organized by the Clark Art Institute in Williamstown, Massachusetts, it will encompass many of Rodin’s more popular pieces, including The Thinker, Monument to Balzac and The Kiss, along with lesser-known subjects and drawings. The exhibition shows Rodin working with various forms of media such as bronze, marble, terracotta and plaster, and will examine the entirety of his creative process. Rodin in the United States also reveals Rodin’s incredible daring and inventiveness as he continually pushed against and beyond traditional notions about sculpture. — Okla Jones, III