ABOUT TOWN: November packs a wallop

No shortage of things to do 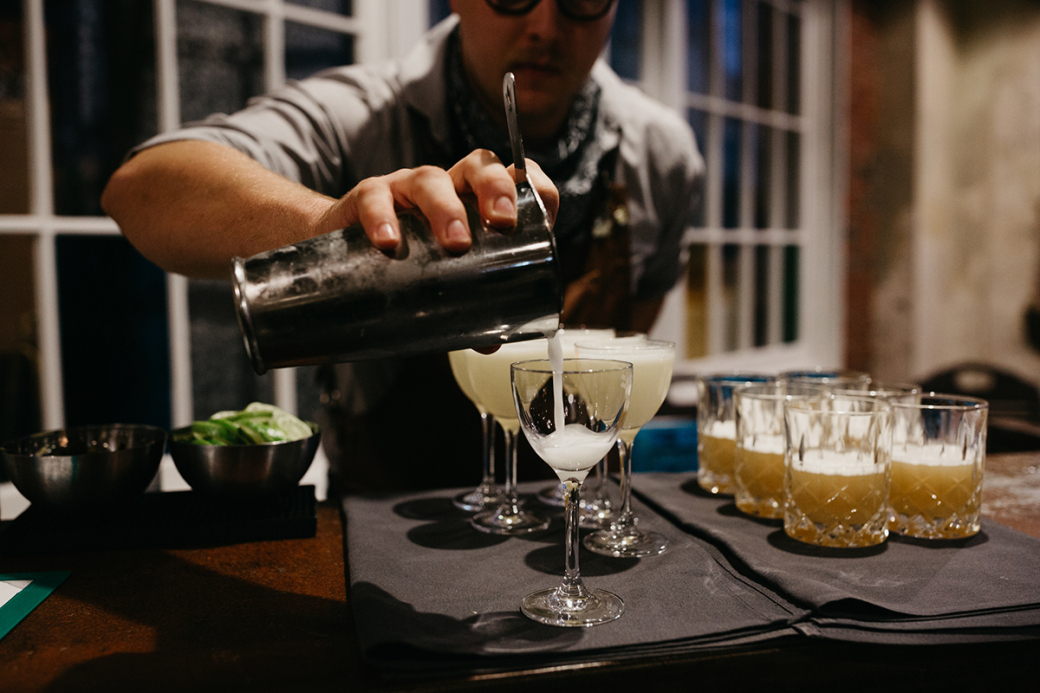 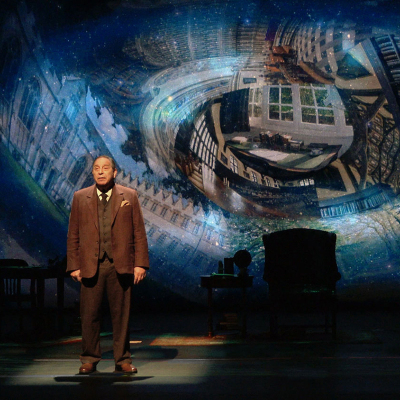 C.S. Lewis on Stage: Further Up & Further In, — Ferst Center for the Arts at Georgia Tech —__ Actor and playwright Max McLean, head of the Fellowship for Performing Arts in New York, has spent a couple of decades creating stage adaptations of the works of C.S. Lewis, Irish theologian and author of The Chronicles of Narnia, Mere Christianity, The Screwtape Letters and the science fiction-based Ransom Trilogy. McLean’s latest production is C.S. Lewis on Stage: Further Up & Further In, “a state-of-the-art theatrical experience of startling imagery, evocative music and Lewis’ amazing storytelling,” a press release reveals. Lewis, an avowed atheist who converted to Christianity in middle-age, also won acclaim for his scholarly tomes on Norse mythology and Medieval and Renaissance literature, and all his books remain in print decades after their first editions were published. Further Up is a revised version of McLean’s The Most Reluctant Convert, a play and film in which he portrayed Lewis. “When Lewis moved from vigorous debunker to believer, it wasn’t obvious he would become the most influential Christian writer of the past hundred years,” says McLean.
$49 - $99 Ferst Center for the Arts, 349 Ferst Drive, Atlanta 30332. 404-894-9600 CSLewisonStage.com 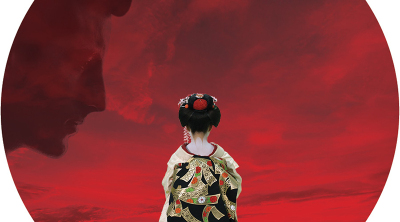 Madama Butterfly, Atlanta Opera  — An American naval officer in Nagasaki acquires a 15-year-old bride named Cio-Cio-San and all hell breaks loose. Poorly received when it first opened in 1904 at La Scala in Milan, Giacomo Puccini’s opus thrived after multiple revisions and went on to become a classic of the genre. The Atlanta Opera production features Japanese soprano Yasko Sato and Italian tenor Gianluca Terranova in the lead roles. The artistic director is Tomer Zvulun, who says, "I look forward to bringing these incredibly talented singers to Atlanta. So much has changed in the world since we last presented Madama Butterfly and we are excited to recreate this beloved production through a fresh, new lens that features a real powerhouse cast.”
$60 - $181. Cobb Energy Performing Arts Center, 2800 Cobb Galleria Parkway, Atlanta 30339. 770-916-2800. The Nov. 11 performance will be livestreamed on the stream.atlantaopera.org platform. Atlantaopera.org 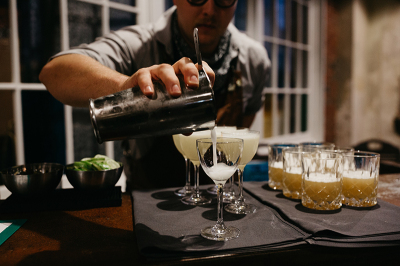 Sunday Supper South 2022, Ponce City Market — Anne Quatrano, owner of Bacchanalia, Star Provisions Market & Cafe, W.H. Stiles Fish Camp and Floataway Cafe, is hosting Sunday Supper South at Ponce Market on Nov. 6 to raise funds for the James Beard Foundation. “Created to embrace the simple cooking philosophy and inspired by the harvest of the south,” the charity dinner is back after a three-year pandemic hiatus. The event will honor the region’s harvest with dishes from Georgia chefs — yet to be announced — who will assimilate  produce from local farms such as White Oak Pastures, Crystal Organic, Woodland Gardens, Riverview and Sweet Grass Dairy. A cocktail reception at The Shed will launch the evening with Atlanta’s “top beverage industry vets” and hors d'oeuvres. Diners will then repair to The Trestle on the third floor to “enjoy a plated dinner highlighting Georgia’s creative talents and artisan producers” followed by a dessert station featuring treats from the city’s “most talented” pastry chefs. The James Beard Foundation “celebrates and supports the people behind America’s food culture,” a press release stated, “while pushing for new standards in the restaurant industry to create a future where all have the opportunity to thrive.”
$250. 5:30 p.m. Cocktail reception at The Shed; 6:30 p.m. Seated dinner in The Trestle. Ponce City Market, 675 Ponce de Leon Avenue, Atlanta 30308 eventbrite.com 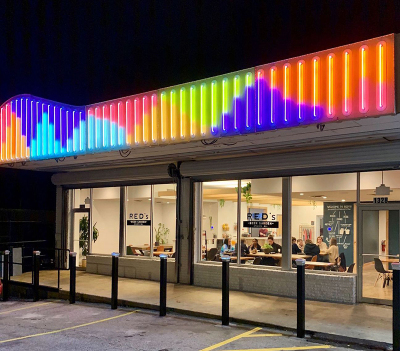 Comedy Night, Red’s Beer Garden — The revival of a quarterly comedy series at Red’s on Boulevard begins in an all-new format Monday, Nov. 7, with headliner Lace Larrabee. You may have spotted him on America’s Got Talent or heard him on the Cheaties podcast. Atlanta comedian Damon Sumner, who boasts a best-selling album titled I Know Who I Am, “delivers hilarious stories about his upbringing and witty, high-energy observations of everyday life,” his website informs. Local comics Ally Edge and Matthew English round out the bill. Hosting the gig are “awkward funny guy” Nathan Owens and Andrew Michael, known for his schtick embracing personal failure. Red’s PR people say those who are craving more than comedy are invited to snack on loaded hot dogs and sandwiches, and dig into self-serve coolers filled with 200 brands of beer, hard seltzers, kombucha and wine.
$10. 7:30 p.m. 1328 Boulevard, Atlanta 30315. 770-637-2299
redsbeergarden.com @redsbeergarden 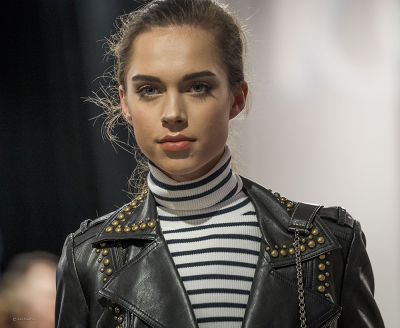 Fall for Fashion Show, Buckhead — The Atlanta Community Food Bank is throwing its Fall for Fashion charity show on Greenberg Traurig’s rooftop terrace in Buckhead this month with high-end retailer Tootsies and designs by Jane Siskin, founder of the firm Cinq à Sept. Siskin describes her clothing as “a lifestyle brand for the daughter, the mother, and the grandmother.” The benefit starts at 7 p.m. and proceeds will be donated to the ACFB, “serving the more than 715,000 people who are projected to be food insecure across 29 north Georgia counties,” the organization says. “We are on a mission to end hunger in Atlanta, and community support at events like Fall for Fashion bring us closer to that goal,” said CEO Kyle Waide. A wine pull, silent auction, tastes by Proof of the Pudding and signature cocktails by Savannah Distributing are on tap, with WSB-TV’s Karyn Greer emceeing the event.
7 p.m. Rooftop Terrace, 3333 Piedmont Road, # 2500, Atlanta 30305. Bidpal.net 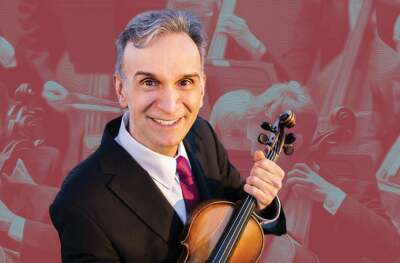 Gil Shaham, Atlanta Symphony Orchestra, Symphony Hall — Violin superstar Gil Shaham will be the soloist in two performances of Erich Korngold’s Violin Concerto with Finnish maestro Hannu Lintu at the podium as guest conductor. Shaham, of Israeli descent, was named “Instrumentalist of the Year” by Musical America in 2012 and is known for playing the works of early twentieth century composers such as Barber, Bartok and Prokofiev, as well as Korngold. The latter was an Austrian who scored movies during Hollywood’s Golden Age, among them Captain Blood, The Adventures of Robin Hood and Sea Hawk. Also on the program is the Concerto for Orchestra by Jennifer Higdon, founding member of the Atlanta School of Composers. To kick off the concert, Lintu conducts the ASO in “The Oceanides,” a lesser-known piece composed by his countrymate Jean Sibelius.
$19 - $115. 8 p.m. Symphony Hall, 1280 Peachtree Street, Atlanta 30309 aso.org 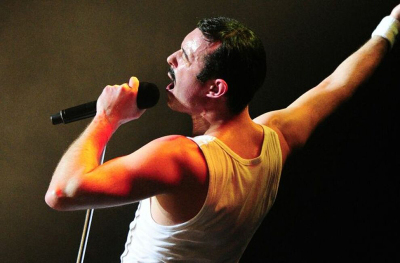 Gary Mullen & The Works, One Night Of Queen, Symphony Hall  — Since Freddie Mercury isn’t around anymore, these guys are the next best thing for Queen diehards. The band features David Brockett on guitar, Billy Moffat on bass, Malcolm Gentles on keyboards, Jon Halliwell on drums and on vocals Gary Mullen, with histrionics and prancing intact. They have been paying tribute to Queen for more than 20 years with 2,500 live shows in dozens of countries. “This was no cheesy Vegas stage show,” wrote a reviewer after a recent gig in Salt Lake City. “Mullen, backed by a crack four-piece band, uses sophisticated lighting and an uncanny ability to connect with an audience to almost fool folks into thinking he's the real deal.” The project came about after Mullen won a television talent show in England that garnered him 864,838 votes, more than double that of the runner-up, thus setting a record in the contest.
$29 - $135. 8 p.m. Symphony Hall, 1280 Peachtree Street, Atlanta 30309 aso.org 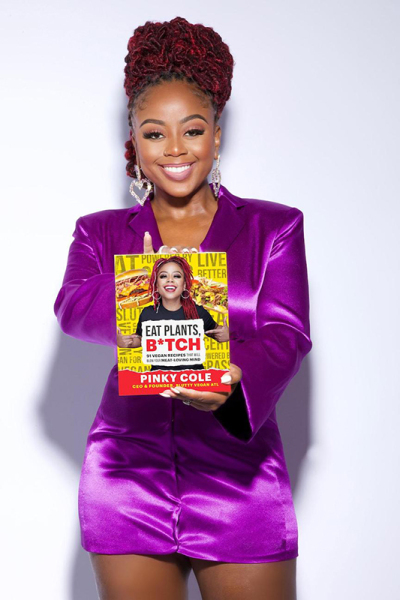