Come on out and help us say goodbye the only way we know how, with a dope ass party!

We're fresh off the heels of all the craziness at Midtown Players Club, so we'll be taking a short break as we find a new home and organize our new programming.

Atlanta Rockstars Grand Prize Winners From Last Year https://gpwfly.bandcamp.com/https://l.facebook.com/l.php?u=https://gpwfly.bandcamp.com/&h=ATP55j9WGN5dOqFxhwESvu2VzKyet6cbqhPnVscyfxo46NJ_IiNDMFnjuarof8NAKUPk-7QtvxJ4UhfcvPVJLzUAoEEfbtnLWurb8p7muX1vNczPPxtcSFMuCSDaqTkrF9JKe_tglsGw-X9iiTL-8GvffA&enc=AZPkNBVLpexL2G8z5f0QcHAg3bQ918XX46E4nu5c7ZBA5dWFtppO3db3TmZqB8_HLbw&s=1 Grand Prize Winners From Last Year (GPWFLY), are an Atlanta based band that began their career opening for acts such as Cee-Lo Green, Triple SIx Mafia, and Janelle Monae. GPWFLY has been featured in major publications such as Rolling Stone Magazine and Fader. Also Frontman BELIEVE is a resident Players Club artist.

LA's Finest Ozy Reigns https://ozyreigns.bandcamp.com/ The seeds mysterious origins are in Columbia, South Carolina. The blossom occurred in Atlanta, Georgia. Clark Atlanta University, with it's "Find A Way or Make One" motto, served as the incubator. Atlanta's underground music scene was the fertile soil . Now soaking up the glorious Los Angeles, California sun, Ozy Reigns is a full grown creative force of nature.

We're filming the whole thing in 360 VR thanks to our friends at Artist Life Vision Photography You will live on forever in virtual reality.And you will have a chance to walk away with YOUR VERY OWN VR HEADSET! Limited quantities so show up early!

Right downstairs in the Gallery Sara Santamaria's first solo show and new installation"Who comes today and stays tomorrow," comprised of sculptural works that address the idea of immigration and taps into themes of memoir, displacement, and identity.SHE'S AMAZING SO COME EARLY https://www.facebook.com/events/1576434449035971/https://www.facebook.com/events/1576434449035971/ 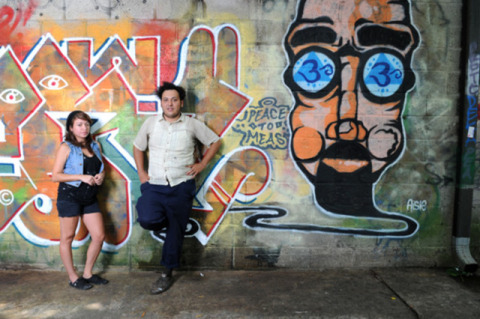