Witness to the Holocaust: A Traveling Exhibit 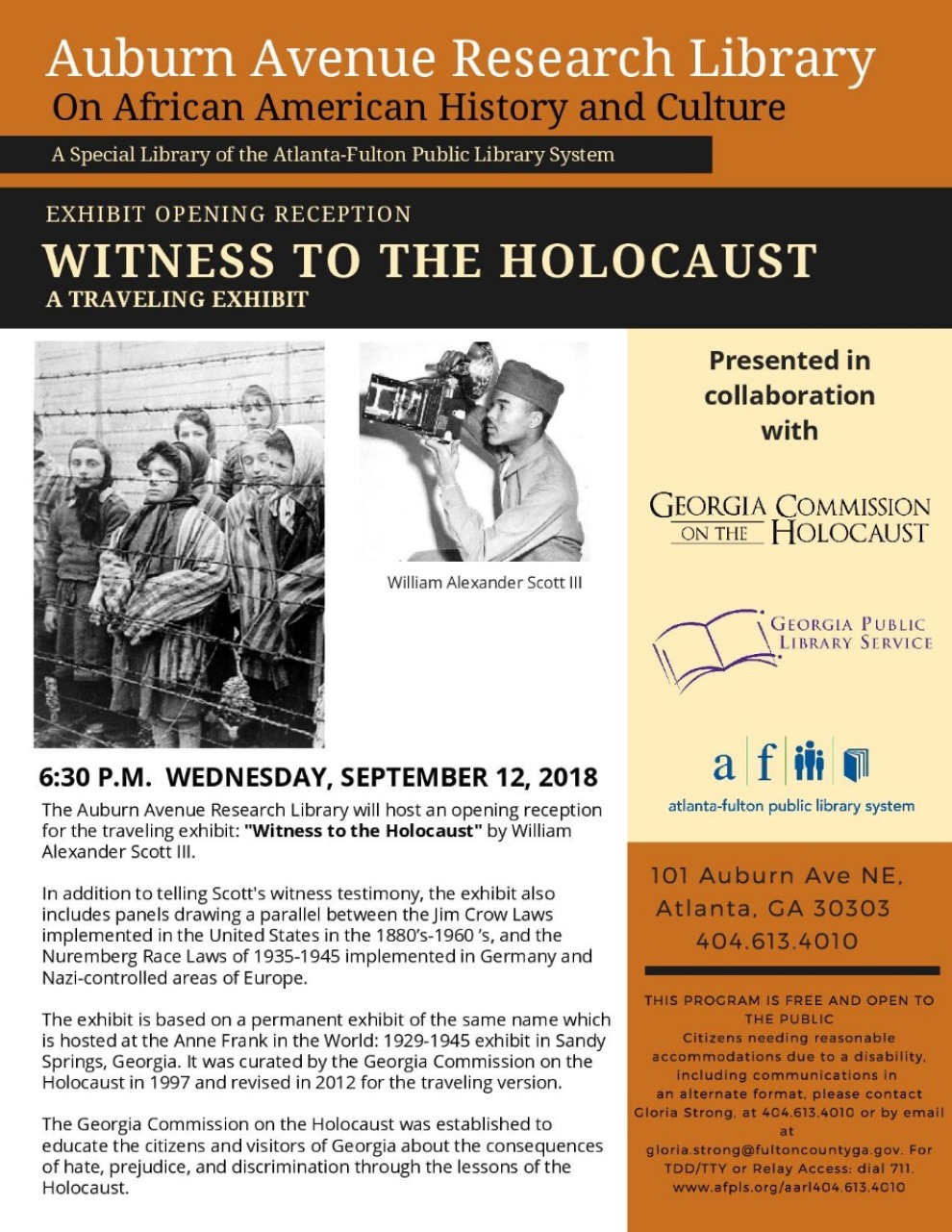 The Auburn Avenue Research Library will host an opening reception
for the traveling exhibit: "Witness to the Holocaust" by William
Alexander Scott III.
In addition to telling Scott's witness testimony, the exhibit also
includes panels drawing a parallel between the Jim Crow Laws
implemented in the United States in the 1880’s-1960 ’s, and the
Nuremberg Race Laws of 1935-1945 implemented in Germany and
Nazi-controlled areas of Europe.
The exhibit is based on a permanent exhibit of the same name which
is hosted at the Anne Frank in the World: 1929-1945 exhibit in Sandy
Springs, Georgia. It was curated by the Georgia Commission on the
Holocaust in 1997 and revised in 2012 for the traveling version.
The Georgia Commission on the Holocaust was established to
educate the citizens and visitors of Georgia about the consequences
of hate, prejudice, and discrimination through the lessons of the Holocaust.