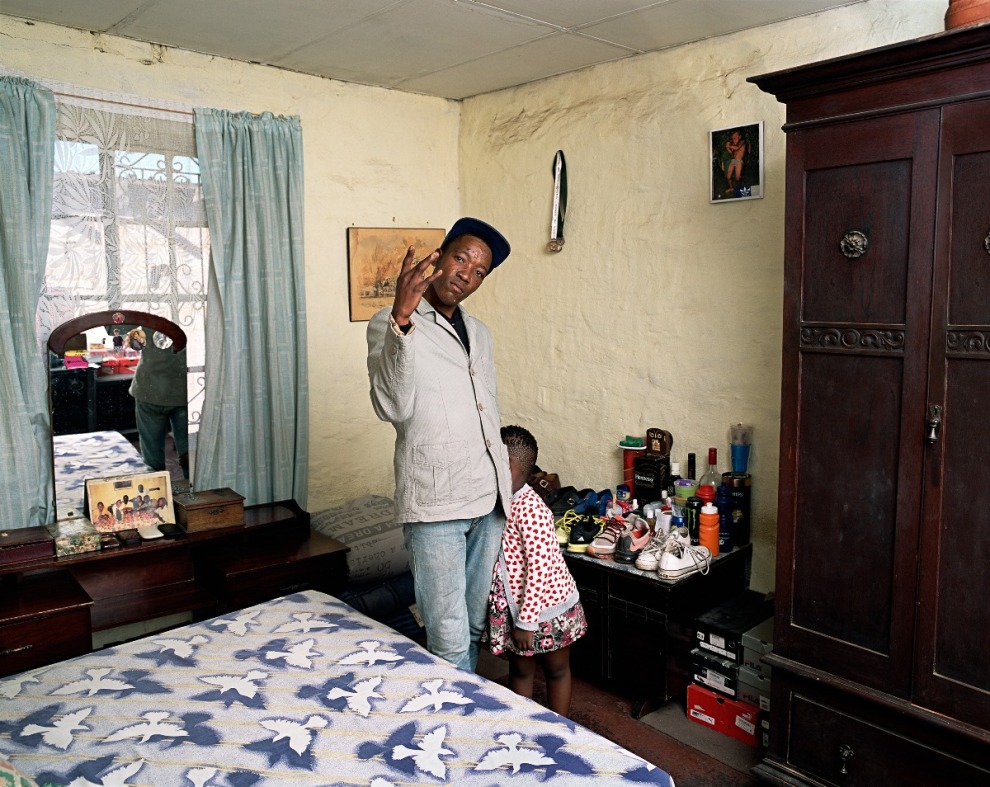 Deana Lawson is an American artist, educator and photographer whose work revolves primarily around issues of intimacy, family, spirituality, sexuality and black aesthetics. Lawson’s portraits confront viewers with a complex, densely-layered, multifaceted visual of black identity. Her scale enables her subjects to occupy a space large enough for them to look back at the viewer. Her titles relay the barest amount of information. The individuals depicted are her family members, even if there is no blood relationship. Viewers feel a certain bond between the subject and the artist.

Lawson was a Guggenheim Fellow in 2013. Her photographs have been exhibited in a number of museums and galleries including the Museum of Modern Art, Whitney Museum of American Art and the Art Institute of Chicago.