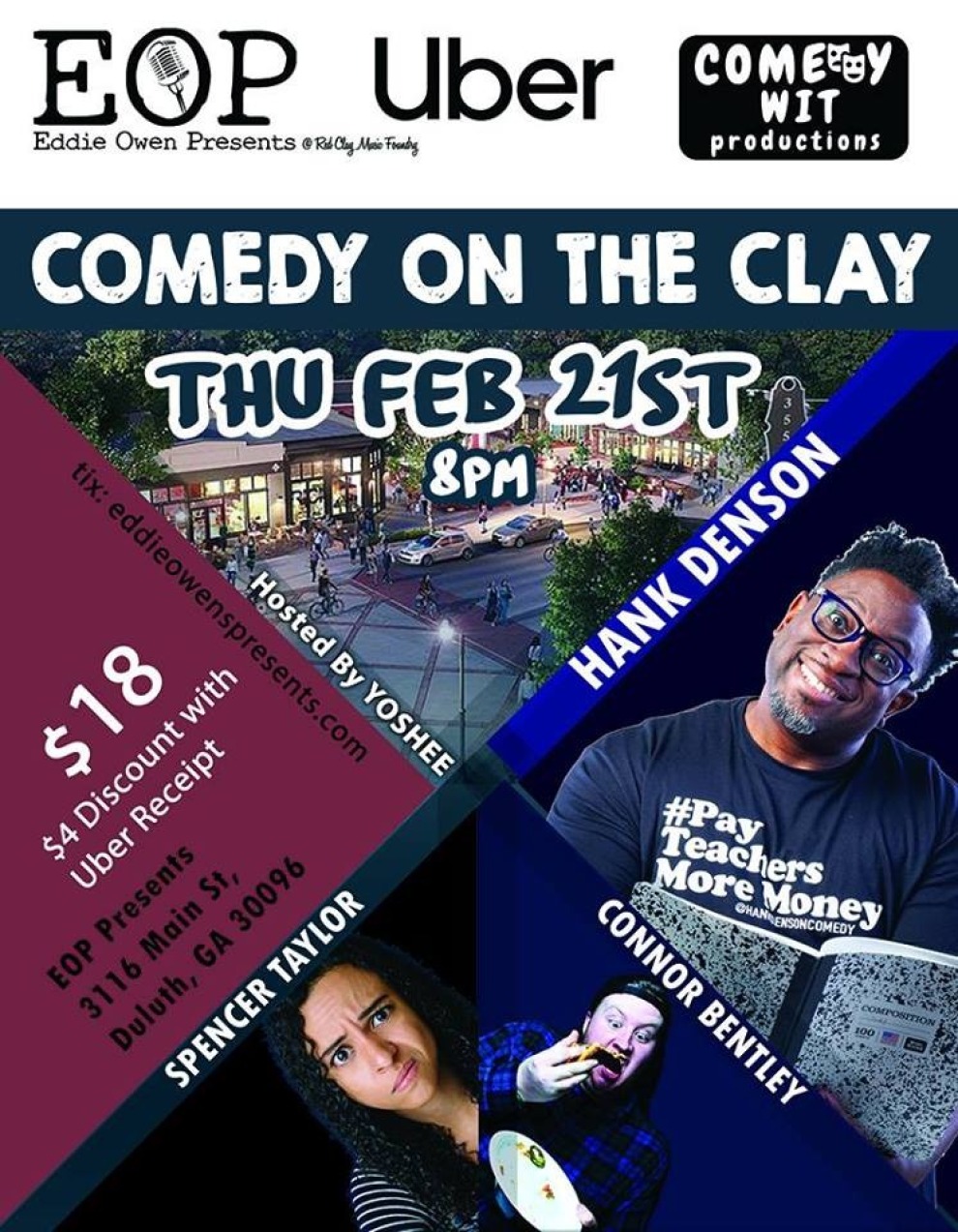 
HANK DENSON, an Atlanta based comedian, has been making a name for himself on the comedy circuit for the past 10 years.

SPENCER TAYLOR's absurdist one-liners have been featured on Collegehumor and Rooftop comedy; she was also a semi-finalist in Laugh Factory’s Laughing Shot Competition.

CONNOR BENTLEY is just a silly dude from a small Georgia town. He's been doing comedy in clubs and festivals all over the country.