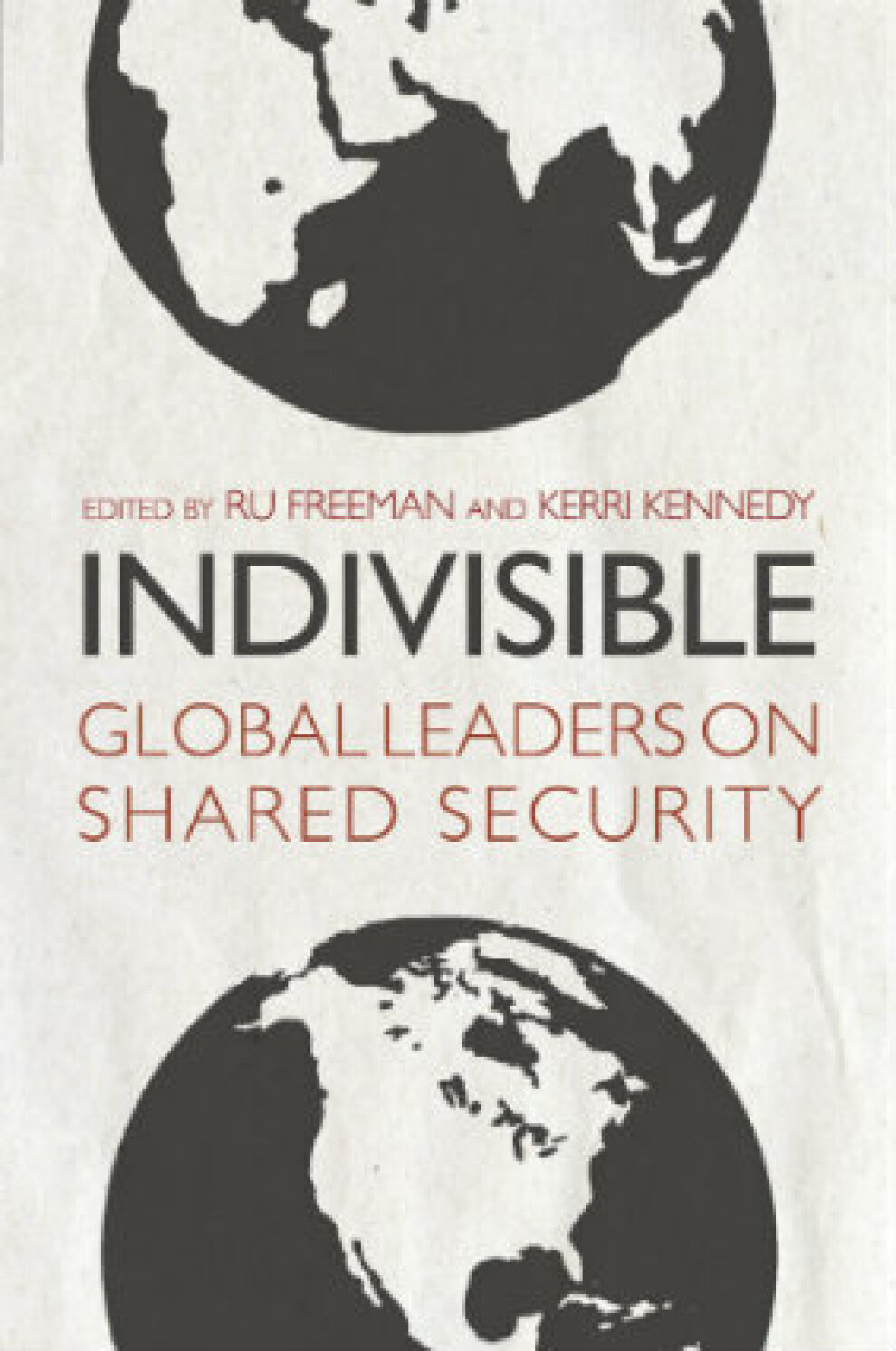 
In the new book "Indivisible," editors Kerri Kennedy and Ru Freeman present a world-renowned cast of writers-from esteemed peacemaker Archbishop Desmond Tutu to the 28-year-old UN Secretary General's Envoy for Youth, Jayathma Wickramanayake, and award-winning novelist and creator of Narrative 4, Colum McCann-disavow the notion of security as stemming from walls, x-ray machines, armed security forces, and other militarized means of separating one population or group from another, refuse to identify particular groups or demographics as threats to other groups, and redefine security as being inclusive and egalitarian.

Taken together, these global citizens articulate a persuasive and powerful argument in favor of a new way of looking at a world where we reframe security as a shared goal. This is an exceptional compilation of voices whose places of origin reflect the world of which they speak, and who, in chorus, become a testament to the fact that we can come together, no matter how far-flung we are, how solitary our endeavors, to shape our common future.

Kerri Kennedy is the Associate General Secretary for International Programs at the American Friends Service Committee. She has 18 years of experience in over 40 countries, managing international development and emergency response programs in areas of conflict and post conflict environments with a focus on inclusive governance systems, civic education, and advocacy campaigns, gender, and rights-based policy development.

Ru Freeman is a Sri Lankan and American writer whose work appears internationally, including in the Guardian and the New York Times. She is the author of the novels "A Disobedient Girl" (2009) and "On Sal Mal Lane" (2013), a New York Times Editor's Choice Book, both appearing in translation, and editor of "Extraordinary Rendition: American Writers on Palestine" (2015). She teaches creative writing at Columbia University.