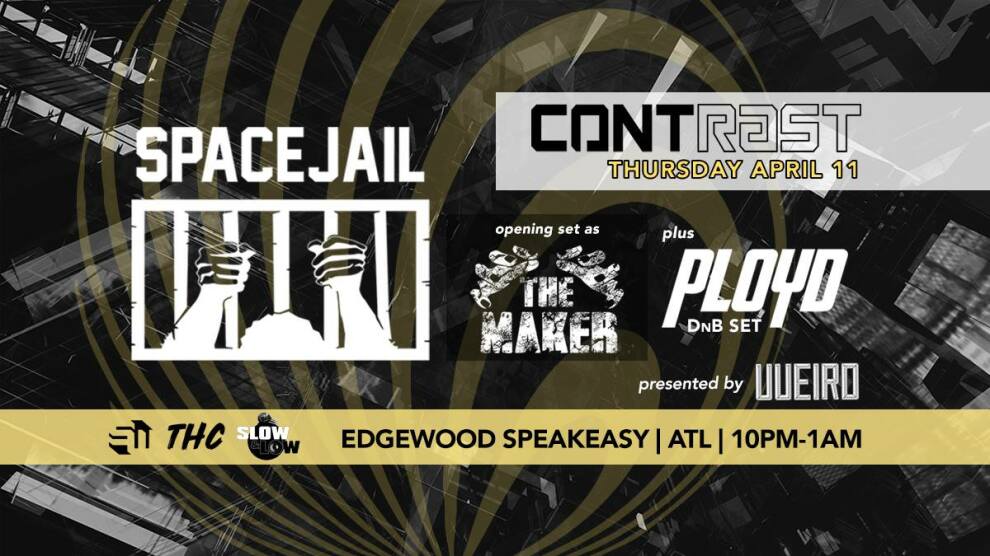 UUeird is pleased to present another edition of our monthly #ContrastATL party series at the Edgewood Speakeasy. For this very special event, we are bringing in one of Austin's finest deep dubstep producers, SpaceJail! He will be performing an opening set as other side project, The Maker, and Slow & Low jefe Ployd will be performing a rare drum & bass set before he retakes the stage.

This is on a Thursday, and we know that some folks have to work the next day. Sets will begin at 9PM and end at 1AM, so arrive early to catch all four hours of music!