A limited amount of each bottle will be released each day for purchase. Bottles will not be held, set aside, or saved before purchasing - so make sure to claim the ones you want when you arrive. After you purchase bottles/to-go beer, we will have a holding area available in our bottle tent if you would like to leave them while you enjoy the festival!

Each day will feature two ticket styles: Festival VIP, or General Admission. Both tickets will include a glass and a wristband. VIP tickets will feature unlimited 2 o.z. pours for the day of purchase, General Admission will include 5 drink tickets for 5 o.z. pours, with the ability to purchase more if needed! No matter which ticket route you go with, glasses can be brought back each day at no additional entry charge, and additional drink tickets can be purchased so you can keep enjoying the festival all weekend!


A brief story of Orpheus in the underworld:
The Illusion of Free Will is Shattered

Orpheus sings to Hades to convince him to break the cycle of life and death, allowing him to retrieve the departed Eurydice. A representative of the world of noise and flesh is threatening the dark silence of the underworld. The threat is meek though, as Orpheus never had a chance to change the eternal balance. All you get is all you get. Hades' test was just mimicry of volition.

We go forward after 5 years with eyes open and the central tenet of Don't Look Back stronger than ever. We initially thought that the mistake of Orpheus was looking back at the exit of the underworld, but the real mistake was far earlier when he couldn't stop dwelling on what was lost.

An air portends fragmentation of silence under the shadows a light threatens meekly the dark everlasting. 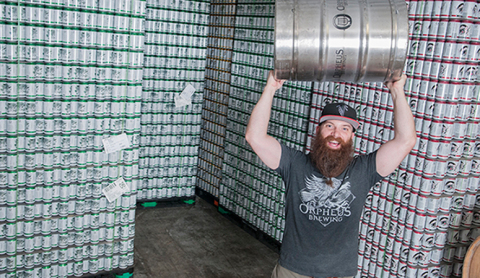