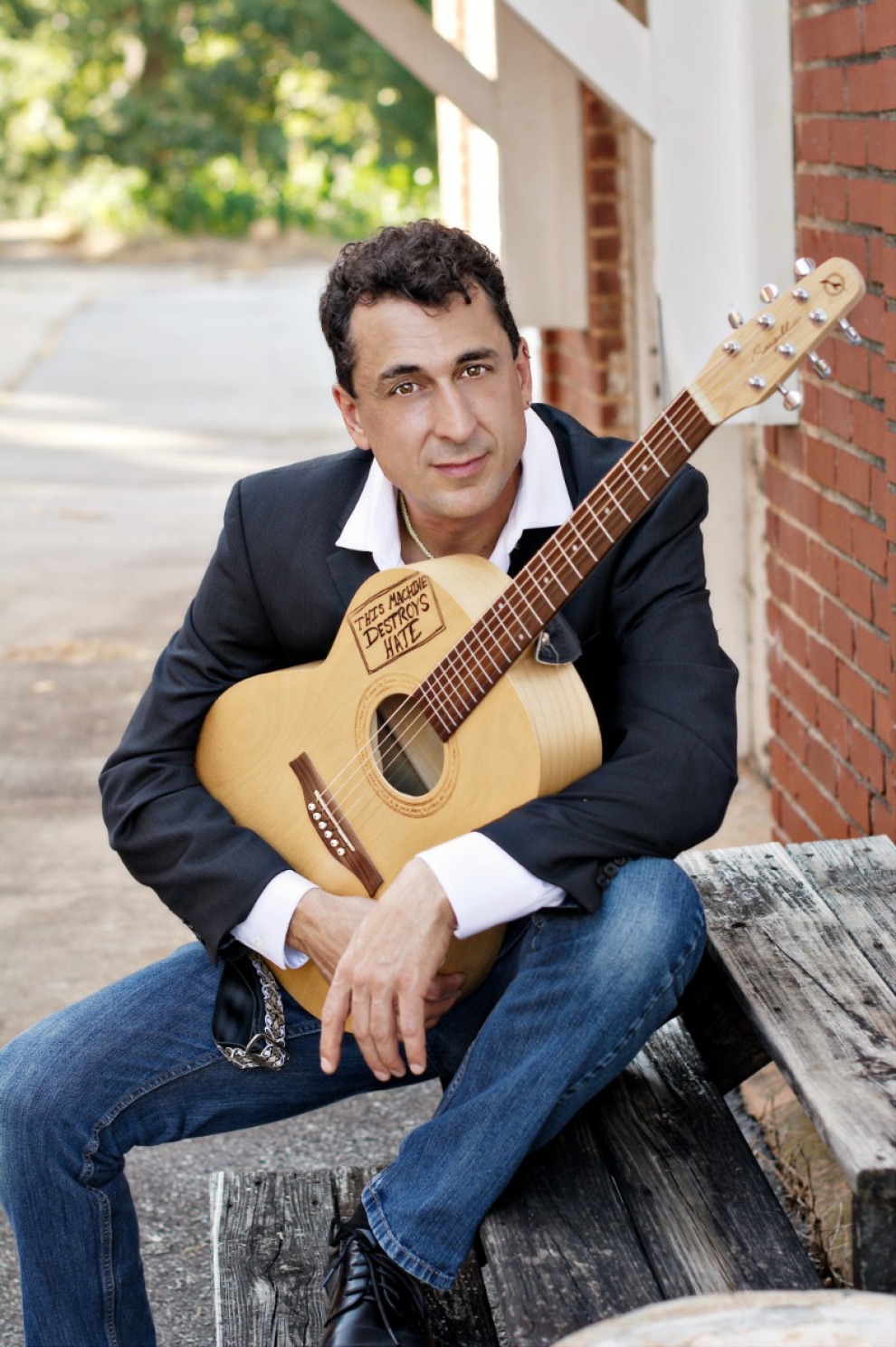 Cost: Suggested donation for Admission is $10, but no one will be turned away.

Known for his signature guitar that says, “This Machine Destroys Hate,” Dave Soleil is a folk singer/songwriter writing music to change our world. From inspirational songs to the cold hard truth, his music gets compared to musicians from Ani DiFranco to Woody Guthrie. He has performed at numerous venues from the "Power To The Polls" Women's March Anniversary in Atlanta to street corner protests to political house parties. Poignant, strong and unapologetic, Dave Soleil brings resistance music to life for a new generation.

Music starts at 7:30p, with an Open Mic between sets. Sign-up for Open Mic when doors open at 7pm.

At Unitarian Universalist Congregation of Atlanta