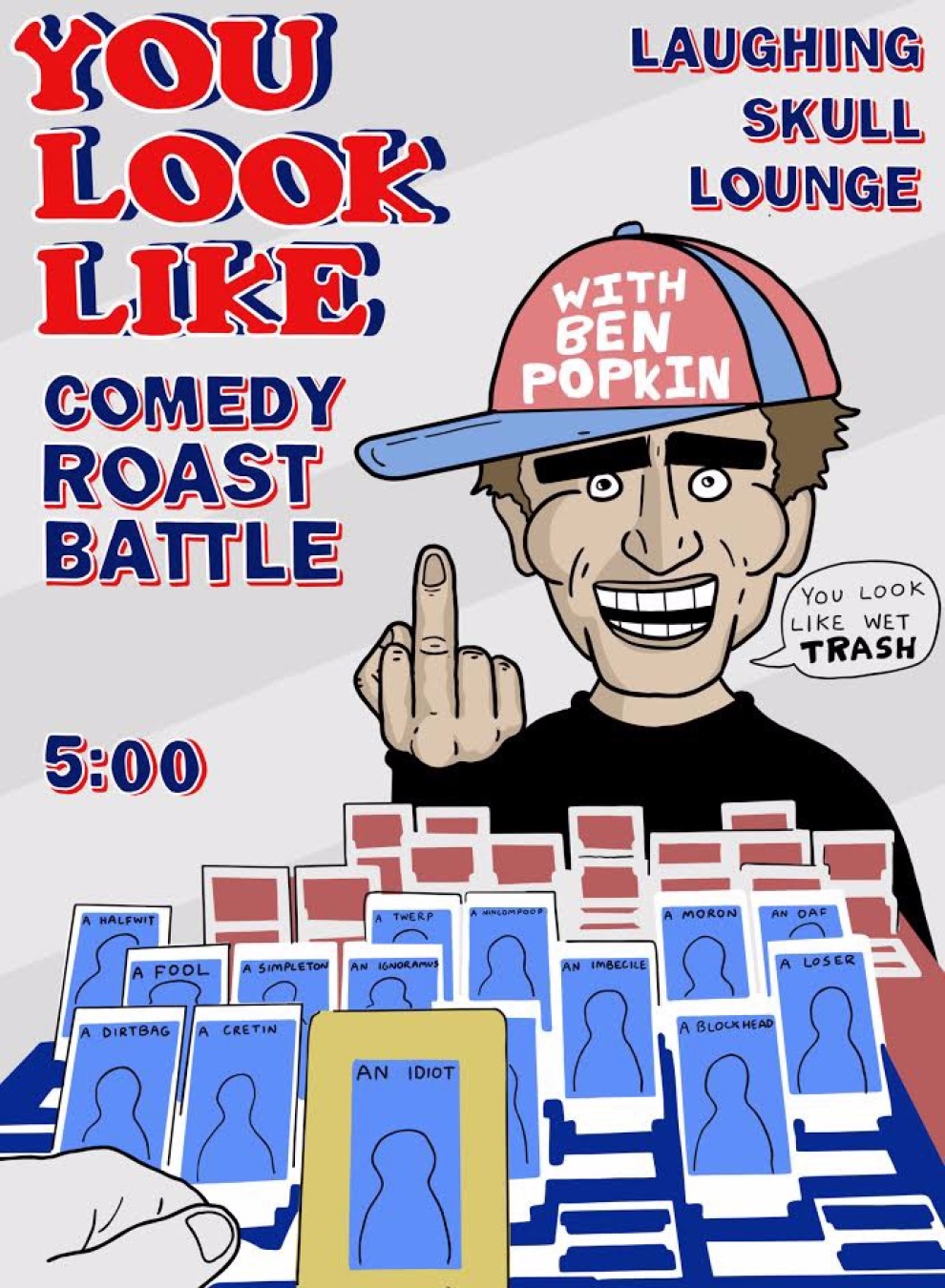 'You Look Like' is a comedy roast battle where every joke starts with the phrase "You look like." Hosted by Atlanta comedian Ben Popkin, this unique show is a comedy battle of burns in 3 rounds featuring 6 of ATL's best comedians.

Watch the quickest wits from Atlanta go toe to toe and see who makes it through all three rounds to be crowned this month's champion!