Tee Up ATL, the fifth annual kickoff event to TOUR Championship week, is set for Monday, August 19 from 7-10 p.m. at the College Football Hall of Fame and will feature performances from the 69 Boyz and Francesco Yates.

Tee Up ATL if the official kickoff party that celebrates the PGA TOUR's top 30 golfers as they come to Atlanta to compete for the FedExCup at the season-ending TOUR Championship held at East Lake Golf Club, August 21-25.

This year’s event features a mixture of throwback talent with a new pop/soul sensation. 69 Boyz are best known for their 90s hit “Tootsee Roll” and still bring the party wherever they go. Francesco Yates was a featured act on the "Man of the Woods" Tour in North America. He will perform the multi-platinum hit "Sugar" & more.

At College Football Hall of Fame 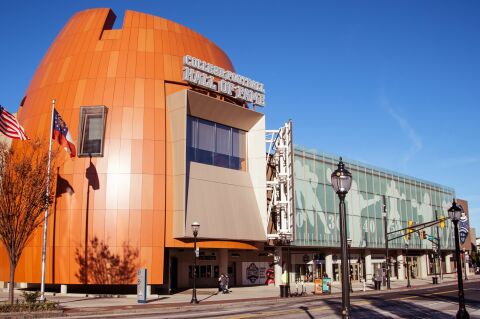