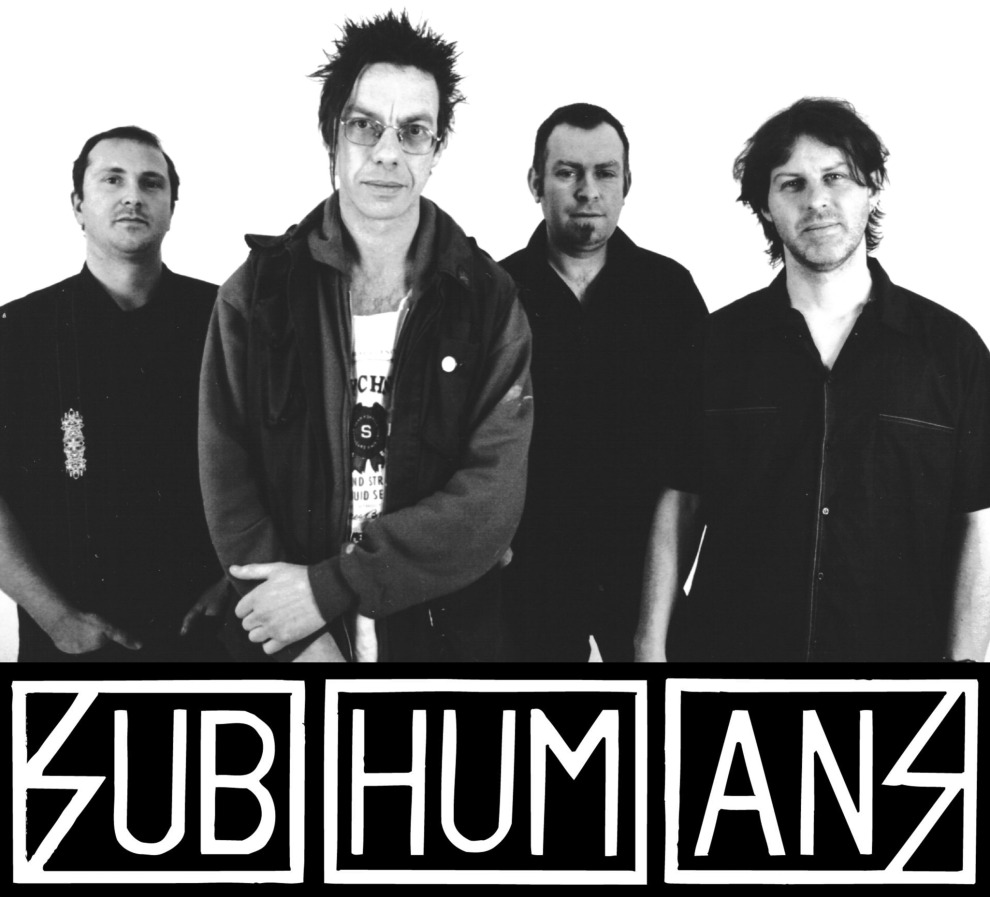 With the global political climate growing darker and more repugnant by the hour, bands like Wiltshire U.K.’s Subhumans offer a shining beacon of hope. Sure singer Dick Lucas and co. waged a full-on culture war amid the Thatcher/Reagen era of the 1980s, but the raw, Orwellian punk fury of songs such as “Subvert City,” “Mickey Mouse Is Dead,” and “Dying World” — especially “Dying World” — are as poignant and relevant today as they were nearly 40 years ago. No matter what decade it is some wanker in charge is ruining everyday life for the rest of us. Subhumans provide the soundtrack to spark the fires of revolution and change the world one sneering yowl at a time: “Meanwhile back in Subvert City / Someone's writing on the wall / ‘Fuck the government’ / spray-paint hero / Someone wants the state to fall!” — Chad Radford

This show is in Hell at the Masquerade. Tickets are available here.