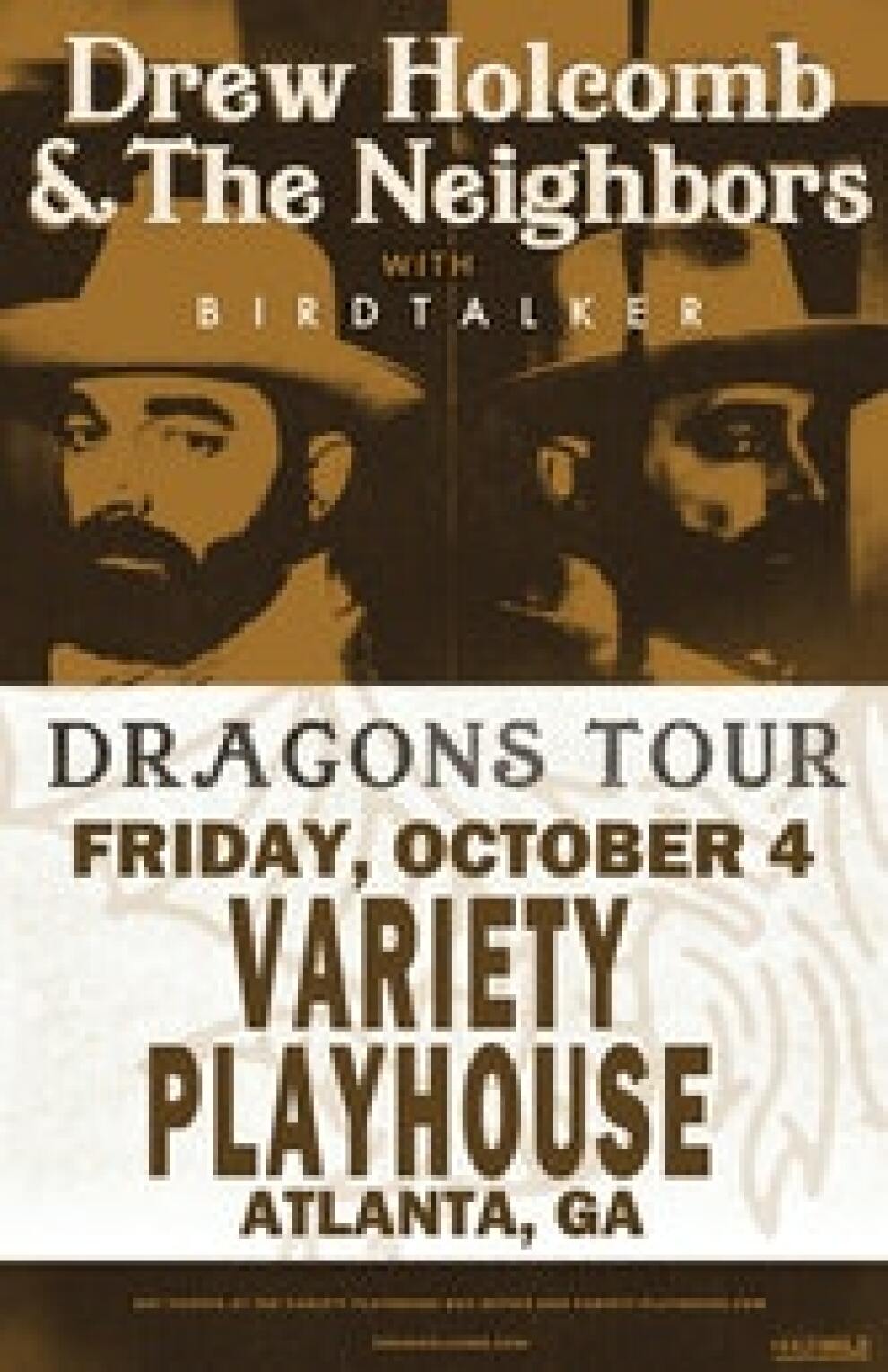 Courtesy of Variety Playhouse
Cost: $25-$50
Drew Holcomb’s songs have always charged his listeners’ hearts and minds while inspiring them to think, feel, dance, and love. But with his new album, Dragons, his subject material finds the singer using a finer brush and mixing more of the joys, struggles,and specific moments of his own life than ever before to help him paint his masterpieces and connect with fans on a universal level. With its modern production, careful sense of craft and collaboration, and after-reaching anthems carrying profound,intentional lyrics, the album represents Drew Holcomb and The Neighbors’s biggest moment yet, a powerful portrait stretched across a wide sonic canvas.The story of Dragons is the culmination of myriad events, connections, challenges, and years of hard, determined work for Holcomb, both as a bandleader and a family man. For the last decade, the Tennessee-based musician has established himself as one of Americana and Southern roots music’s freshest upstarts, building his following and critical appeal with every release,show, and venture. From his position as curator and entrepreneur with various undertakings—from co-creator of the successful,diverse Moon River Music Festival that makes its sold-out home in Chattanooga this Fall, to the Magnolia Record Club vinyl subscription program that he founded and curates on a monthly basis—to his role of husband for the last 14 years and father to three children, Holcomb cites the nature of his life of late as equal parts “collaborative” and “chaotic.” Having released a full-length Neighbors album, Souvenir, in 2017 to much acclaim, a co-released EP with Johnnyswim,Goodbye Road, in 2018,enjoyed the stripped- down and mostly sold-out “You & Me” tour with his wife, singer Ellie Holcomb, in 2018 and early 2019,and opened larger shows for Willie Nelson and the Zac Brown Band with The Neighbors, Holcomb’s legend and reach continues to grow. So when it came time to begin work on a new album, he forced himself to try something different and to mine untapped territory—and in a manner he had never before attempted.
More information