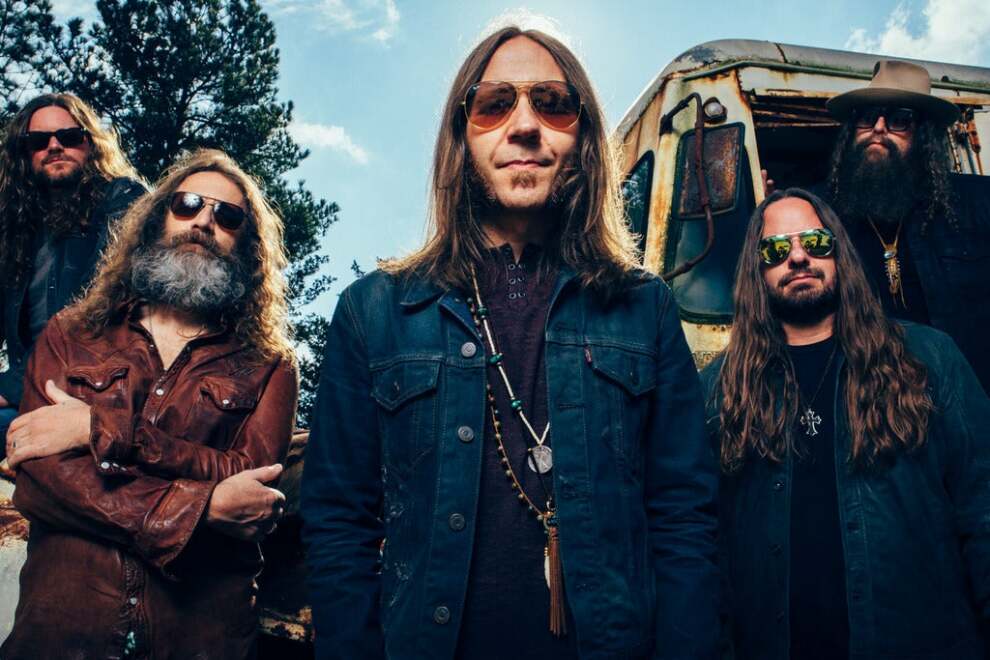 Pigeonholing Blackberry Smoke has never been easy. Since emerging from Atlanta in the early ‘00s, the quintet — vocalist/lead guitarist Charlie Starr, guitarist/vocalist Paul Jackson, bassist/vocalist Richard Turner, drummer Brit Turner and keyboardist Brandon Still — has become known for a singular sound indebted to classic rock, blues, country and folk.This fluidity has paid off handsomely, in the form of two Billboard chart-topping country albums, 2015’s Holding All The Roses and 2016’s Like An Arrow. (For good measure, the latter also topped Billboard’s Americana/Folk album chart.) Find A Light, Blackberry Smoke’s sixth studio album, doubles down on diversity. Songs hew toward easygoing roots-rock (“Run Away From It All”) and Southern rock stomps (“The Crooked Kind”), as well as stripped-down acoustic numbers (“I’ve Got This Song”) and bruising alt-country (“Nobody Gives A Damn”). Rich instrumental flourishes — keening fiddle, solemn organ and bar-band piano boogie — add further depth and resonance.“That’s one of my favorite things about Blackberry Smoke albums — there’s a lot of variety,” Starr says. “My favorite albums through the years are built that way, too. I love a record that keeps you guessing. I love the fact that our records are sort of a ride, with different types of songs and different vibes.”At its core, Find A Light illustrates the efficiency and chemistry of Blackberry Smoke’s instrumentalists, who have no trouble translating the band’s loose live shows into crisp studio recordings. “We always record together,” Starr says. “That’s what bands do. And you go in and listen, and think, ‘Wow. How did that happen? What just happened? That was magic. That was magical. Can we do that again?’“I’m always blown away by my bandmates’ sympathy for the song,” he adds. “We all agree that that’s the way to be in this band is to play for the song — the song is the vehicle.”This commitment to putting the music first above all other considerations is one reason Blackberry Smoke has continued to evolve during their time together. And it also explains why Find A Light’s sonic progressions and expansions sound so effortless.“We didn’t want to repeat ourselves,” Starr says. “I don’t ever want to make a record that ourselves or are fans are like, ‘It’s the same old thing.’ But I still get a real lift from listening to Find A Light, even after multiple listens. I really am proud of the work that we accomplished.”
More information