Beyond the Pale Stand-up Comedy Showcase 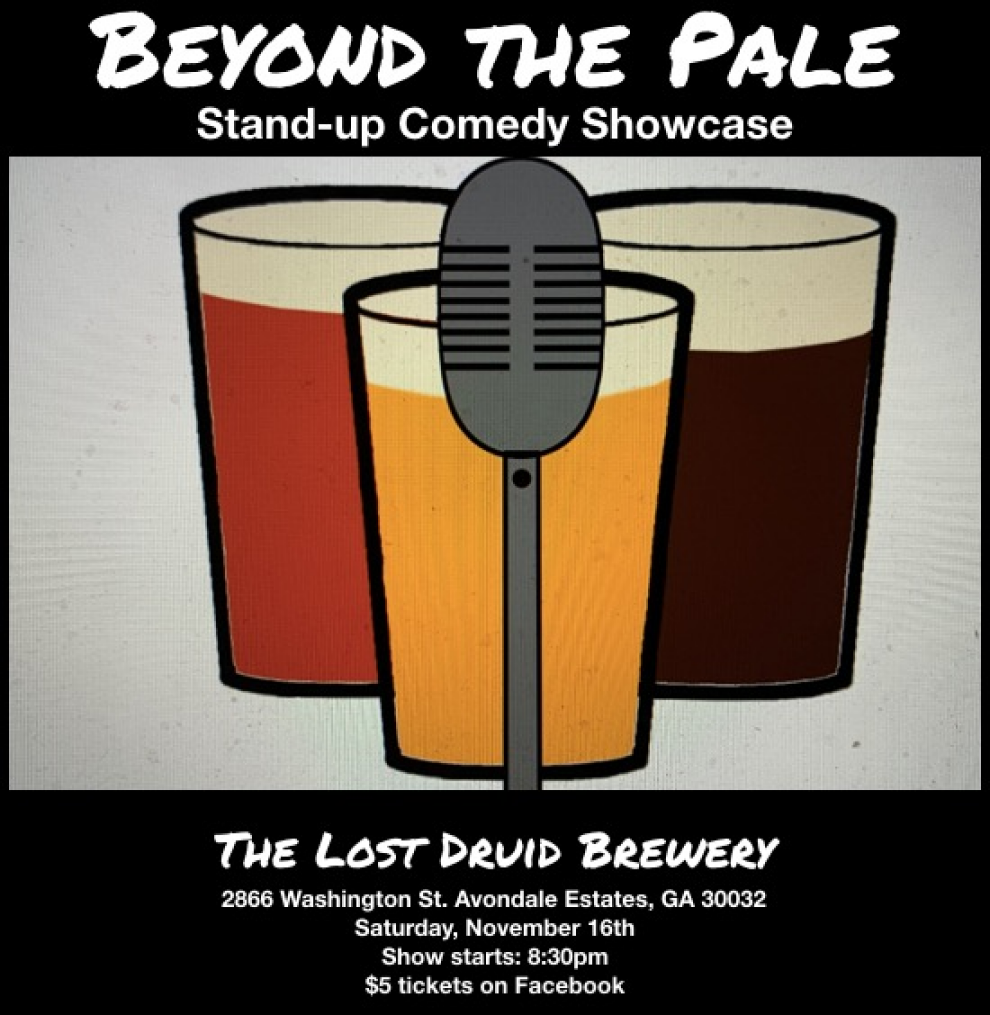 Categories: Comedy
Beer isn't the only thing that's getting crafty at the Lost Druid Brewery! We are launching Beyond the Pale — a monthly Saturday night stand-up comedy showcase featuring the finest of Atlanta's funniest and hosted by comedian Amanda Goldstein Marks. We'll be kicking off our first show in November, taking a holiday break in December and continuing on in January.

So stop by the taproom to grab your favorite beer and then head upstairs and get hopped up on comedy.

See ya on then! Doors open upstairs at 8pm and show starts at 8:30pm! Taproom is available beforehand for you to grab dinner and drinks.

At The Lost Druid Brewery