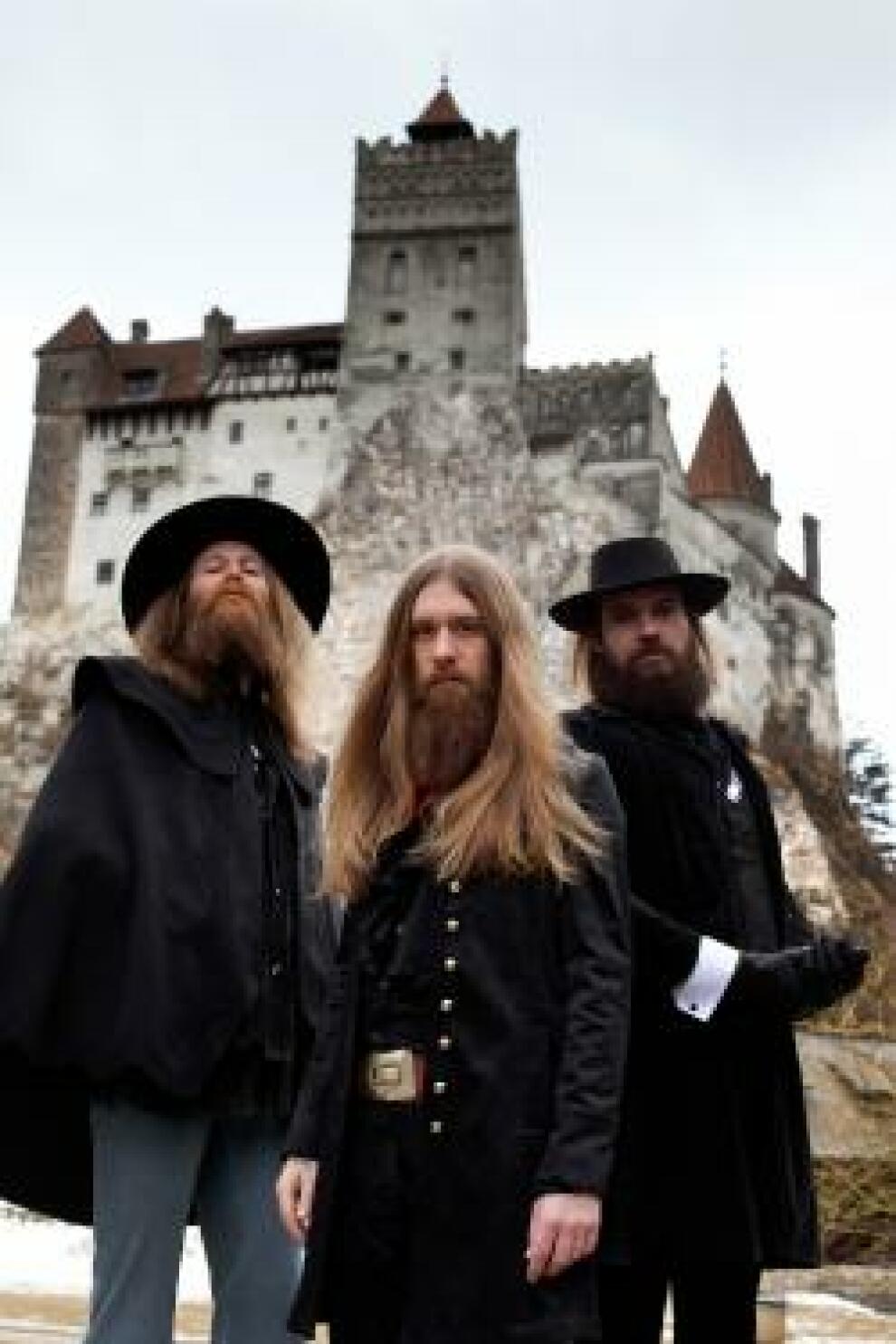 For the few lucky bands who live to see a career blossom out of their passion, even fewer manage to avoid the hopeless creative stagnation that happens when hobby turns into ”work”. We all know that as soon as rock n roll starts to resemble going to the office, there
are no winners – everybody's screwed. As the German trio KADAVAR – arguably the hardest working band in European rock – stand on the brink of releasing their fourth full length album, they look back at a seven year long career of doing things the other way around.
Rather than this being the time to start talking about how music is just another way of paying the bills, they could not be more in tune with the main reason anybody starts a band in the first place – liberation.
“We used to put ourselves under a lot of pressure,” says guitarist and vocalist Christoph ‘Lupus’ Lindemann. “We didn't want to be just another rock band, we wanted to be the best.
Now we are free from the idea that we need to hit the charts or fill big halls to become happy. To get to that point everyone involved needs mental maturity, and this satisfies me more than any full arena.”
Not that they are strangers to neither chart positions nor sold out venues. After being formed in the German capital city back in 2010, the word of KADAVAR playing in a different league from their retro rock-labelled peers quickly spread worldwide, resulting not only in
audiences growing past the 1000 mark on their many tours, but also in chart positions for their third and latest album »Berlin« – entering on position 18 in Germany and 21 in the US Heatseekers charts. Highly regarded as one of the most explosive live experiences on
contemporary rock scene, their secret seems to be boiled down and brewed from three ingredients: an accessible yet personalized brand of classic rock; a no-frills approach to everything they do (”minimal arrangement, maximum effect”); and that undeniable German
tenacity, yet again.