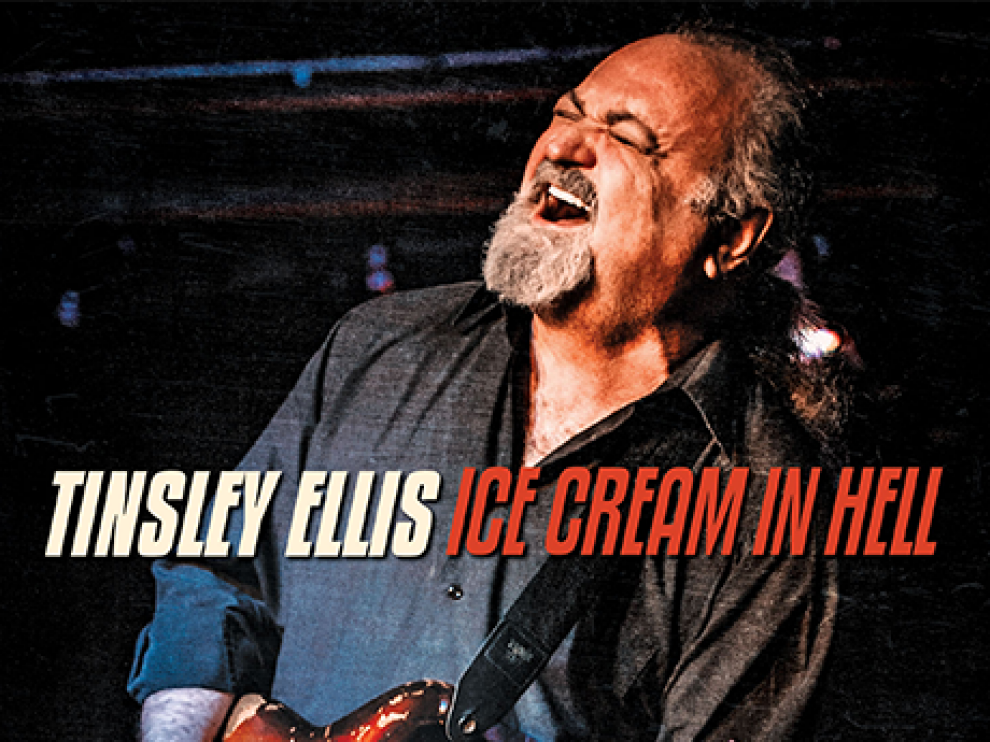 Ever since he first hit the road 40 years ago, blues-rock guitar virtuoso, soulful vocalist and prolific songwriter Tinsley Ellis has grown his worldwide audience one scorching performance at a time. Armed with blazing, every-note-matters guitar skills and scores of instantly memorable original songs, Ellis has traveled enough miles, he says, “to get to the moon and back six times.” He’s released 17 previous solo albums, and has earned his place at the top of the blues-rock world. When asked if he’d consider himself a “blue-collar” bluesman, Ellis, in his trademark wit, quips, “No. I’m part of the no-collar crowd.” His imaginative songs tell stories of common, shared experiences in uncommon ways, all fueled by his high-octane, infectious, hard-rocking guitar playing. Live, Ellis has captivated and amazed fans in all 50 United States, as well as in Canada, all across Europe, Australia and South America. Vintage Guitar says, “He delivers blistering blues-rock, soul romps, minor-key blues, and shuffles—and it all sounds great.” The Chicago Sun-Times says, “It’s hard to overstate the raw power of his music.”

Ellis considers his new album, Ice Cream In Hell, the most raw-sounding, guitar-drenched album of his career. Recorded in Nashville and produced by Ellis and his longtime co-producer Kevin McKendree (John Hiatt, Delbert McClinton), Ice Cream In Hell is a cathartic blast of blues-rock power. Though inspired by all three Kings (B.B., Albert and Freddie), as well by Carlos Santana, Hound Dog Taylor and others, Ice Cream In Hell is pure, unadulterated Tinsley Ellis. The 11 Ellis originals range from the nod to Stax-era Albert King, Last One To Know, to the Peter Green-flavored Everything And Everyone to the Hound Dog Taylor-esqe romp Sit Tight Mama before ending with the hair-raising, slow-burning ballad, Your Love’s Like Heroin. Throughout the album, Ellis’ deeply emotional, lyrical guitar solos perfectly match his fervent vocals.