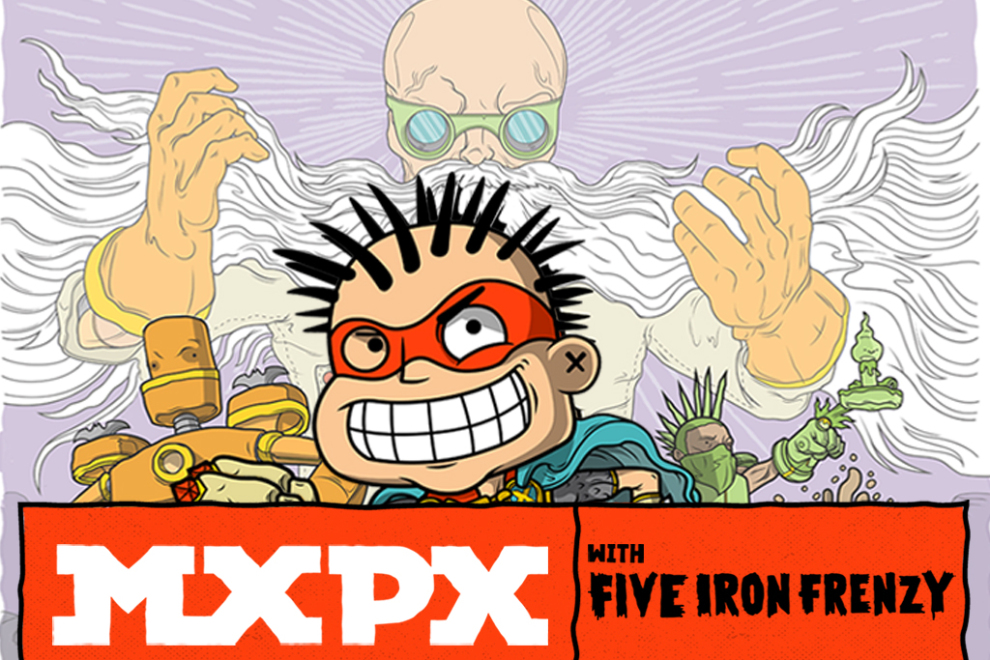 MxPx is a punk rock band from Bremerton, Washington that started in 1992, playing shows in backyards, local VFW halls, and bars they weren’t old enough to drink in. They went on to sell millions of records, tour the world, and become one of the forerunners to the pop punk movement.

Groups like New Found Glory and Good Charlotte credit MxPx for helping them get their start, and for many longtime fans, listening to the band was their first time hearing punk music. They survived the crash of the record industry by reinventing themselves and focusing on what matters most: the fans. After all these years, they’re still here, still touring the world, and making the best music they’ve ever made, hoping to see you at the next punk rawk show.