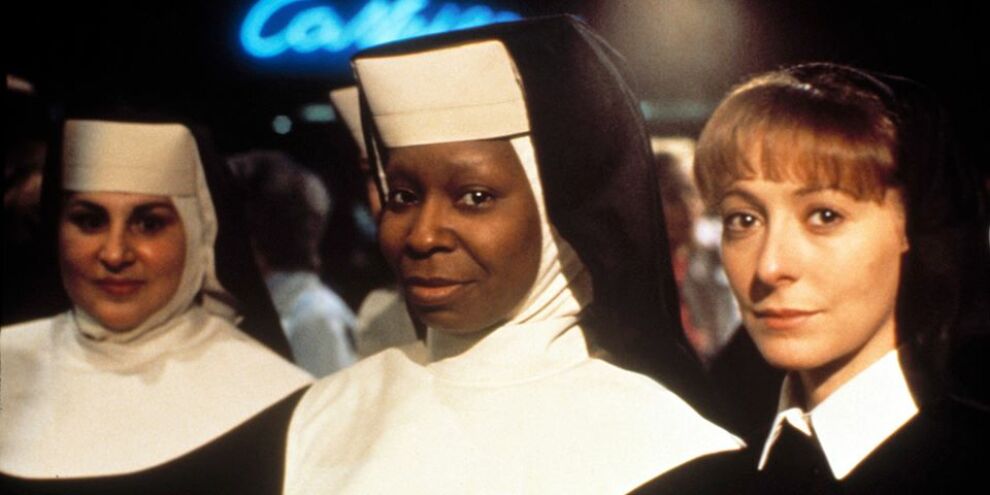 Come early for the musical pre-show starring Sister Brigitte Bidet, Sister Molly Rimswell, and Sister Iv Fischer. Following the preshow, we will have a quick costume contest before hosting a rare screening of this musical classic!

All Sisters, Misters, and Themsters welcome!

Doors open at 7pm / Film at 7:30pm.
Arrive and grab a cocktail, grab a snack & take some photos before the look contest.

About the film ---
When a worldly singer witnesses a mob crime, the police hide her as a nun in a traditional convent where she has trouble fitting in. 'Sister Act' stars Whoopi Goldberg, Maggie Smith, Harvey Keitel, and Kathy Najimy.