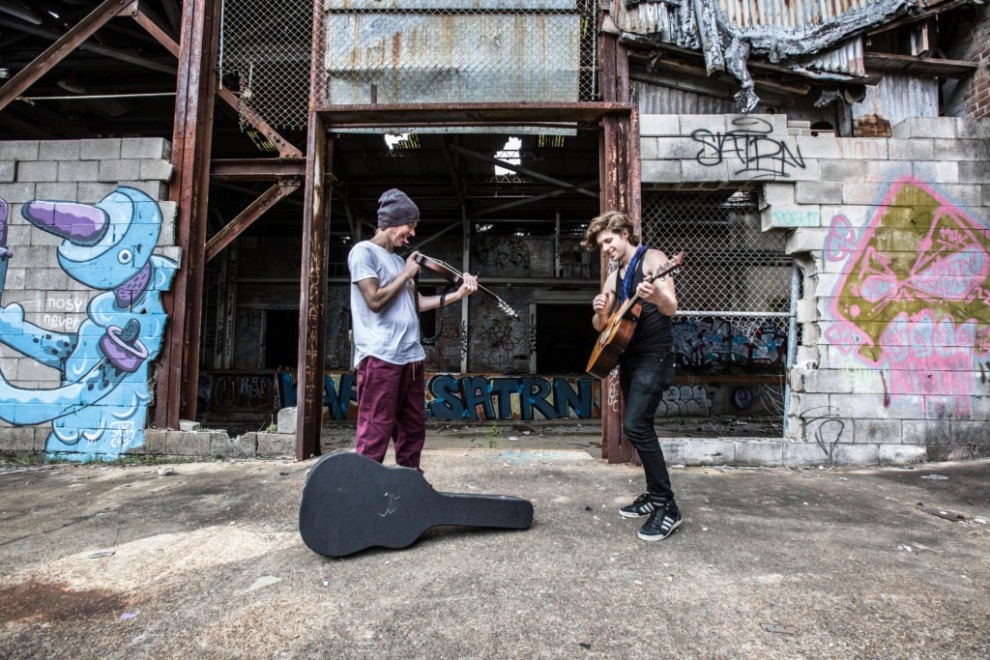 Swedish Jam Factory is a tap dance/music duo based in Los Angeles, California, pioneering a new hybrid of tap dance and musical expression. Imagine a Gene Kelly/ Donald O’Connor duo, but instead of a good old fashioned “Singin’ in the Rain” traditional musical theatre tap break, they’re playing bluegrass instruments, saxophone, accordion, piano, and more. It’s a show of quick-footed, rhythmic, melodic expression- an explosion of physical, musical energy. Who needs a drummer when you have tap shoes?!

Thomas Bergstig from Stockholm, Sweden, and Isaac Middleton from Harlan, KY met while working on musical theater projects together in Memphis, TN. What started as tapping to kill time on breaks took on a life of its own. It’s exciting, it’s novel, it doesn’t make much sense, and it’s a little hard to explain. But what SJF knows is that it’s fascinating and captivating to both create and watch.