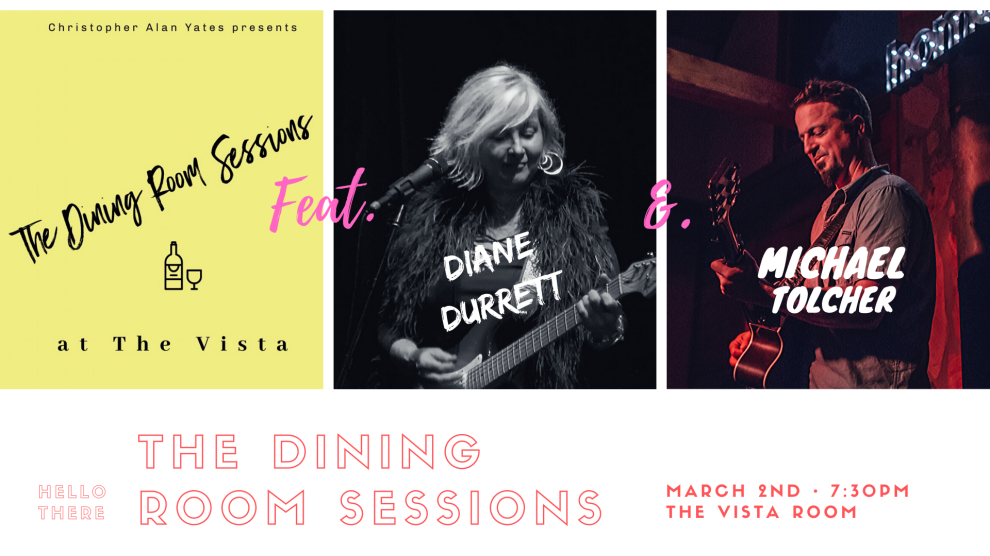 Singer, songwriter, producer Diane Durrett was recently elected Vice President of the  Atlanta chapter of the Recording Academy best known for the Grammys. Her 2018 LIVE album "Diane Durrett & Soul Suga"  recorded at Eddie’s Attic was reviewed as “Killer, high octane soul throughout" and rose to #5 on the Soul Blues International RMR. In 2017 she was a Global Peace Song Award winner for ‘The River Sings’ co-written with Melissa Junebug.  Winner of the 2015 ‘Peoples Choice Award’ by the Atlanta Blues Society, as a well as awarded the ‘Best Self-Produced Album’. “Soul Suga’ & Diane Durrett” received national & international attention charting in the Top 10 of the Roots Music Report Contemporary Blues chart.  During the last six years, Diane has joined music leaders across the country to advocate for creator rights in Georgia and with Grammys on the Hill in Washington, D.C. resulting in the recent passing of the Music Modernization Act.

Durrett has long reflected the musical passions that inspired her while growing up in Atlanta, GA. From her energy-driven breakthrough debut 50,000 Volts of Soul (1993) to her superbly executed Rhythm of Life (1998) to her acoustic soul CHILL (2004), to the LIVE, Georgia On the Groove (2007), the groovy Blame It On My DNA (2009) produced by Ike Stubblefield to her holiday album Georgia Christmas (2012) to her release where she joined forces with drummers Yonrico Scott and Melissa Junebug on Soul Suga’ (2015) to her soulful single of Grammy award-winning song The Rose (2017) co-produced with Thom TK Kidd to her latest electrifying  LIVE album recorded at Eddie’s Attic Diane Durrett & Soul Suga (2018).

A gifted artist in every sense of the word - writer, singer, musician and performer - Michael Tolcher deftly blends unfailing melodic and organic pop sensibilities with a tint of soul and urban grooves drawn from his Southern upbringing.

“I write and perform for the feeling it gives me, and the experience of being connected with a room full of people by the vibration of music"
-Michael Tolcher