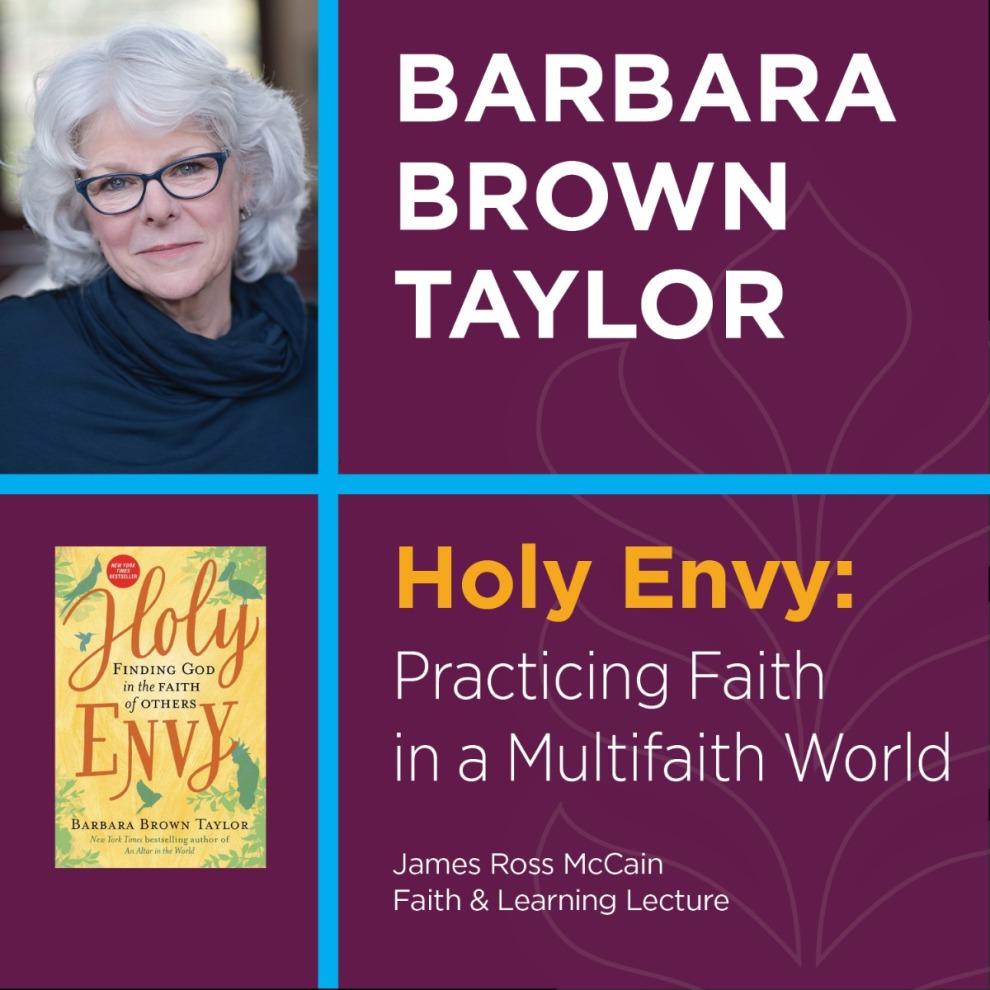 Barbara Brown Taylor is a best-selling author, teacher, and Episcopal priest. Her first memoir, Leaving Church, won an Author of the Year award from the Georgia Writers Association in 2006. Her next two books, An Altar in the World (2010) and Learning to Walk in the Dark (2015), earned places on the New York Times bestseller list. She has served on the faculties of Piedmont College, Columbia Theological Seminary, Candler School of Theology at Emory University, McAfee School of Theology at Mercer University, and the Certificate in Theological Studies program at Arrendale State Prison for Women in Alto, Georgia. In 2014 TIME included her on its annual list of Most Influential People; in 2015 she was named Georgia Woman of the Year; in 2016 she received the President’s Medal at the Chautauqua Institution in New York. Her fourteenth book, Holy Envy, was released by HarperOne in March 2019.