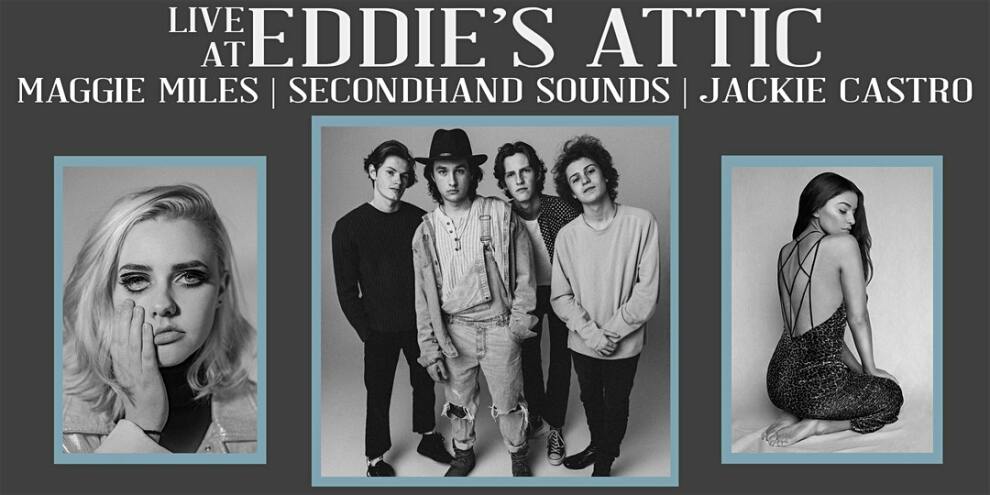 Secondhand Sound is an American Alternative Rock band based in Nashville, TN. The group was formed through the bond of four best friends and established in 2018 when the members met at Belmont University. After a summer full of touring, Secondhand Sound kicked off the year as the winner of Lightning 100’s 2019 Battle of the Belmont Bands. Their music captures a personal yet free-spirited approach to the adversities in the coming-of-age and is described as upbeat and eclectic. Together they deliver euphonic and uniquely hard-hitting sound that captivates listeners and draws excited audiences to all of their shows.

Maggie Miles is a 20-year-old alternative artist originally from the Western hills of Northern Virginia, but don't let her folk surroundings fool you. Raised on 80’s hair bands and 70’s rock, Maggie draws her sound from the soulful vocals of vintage artists like Stevie Nicks and Ann Wilson, which she dresses in fun pop grooves and disco tech. She attempts to address the conflicts of this life through sharp-hitting lyrics textured in funky grooves that paint a compelling picture of our imperfect existence.

Jackie Castro is a 24-year old Colombian-American alt-pop artist. In 2016, she made a successful debut into the music industry with her band Castro, a folk/pop trio consisting of her brothers Jason and Michael Castro.