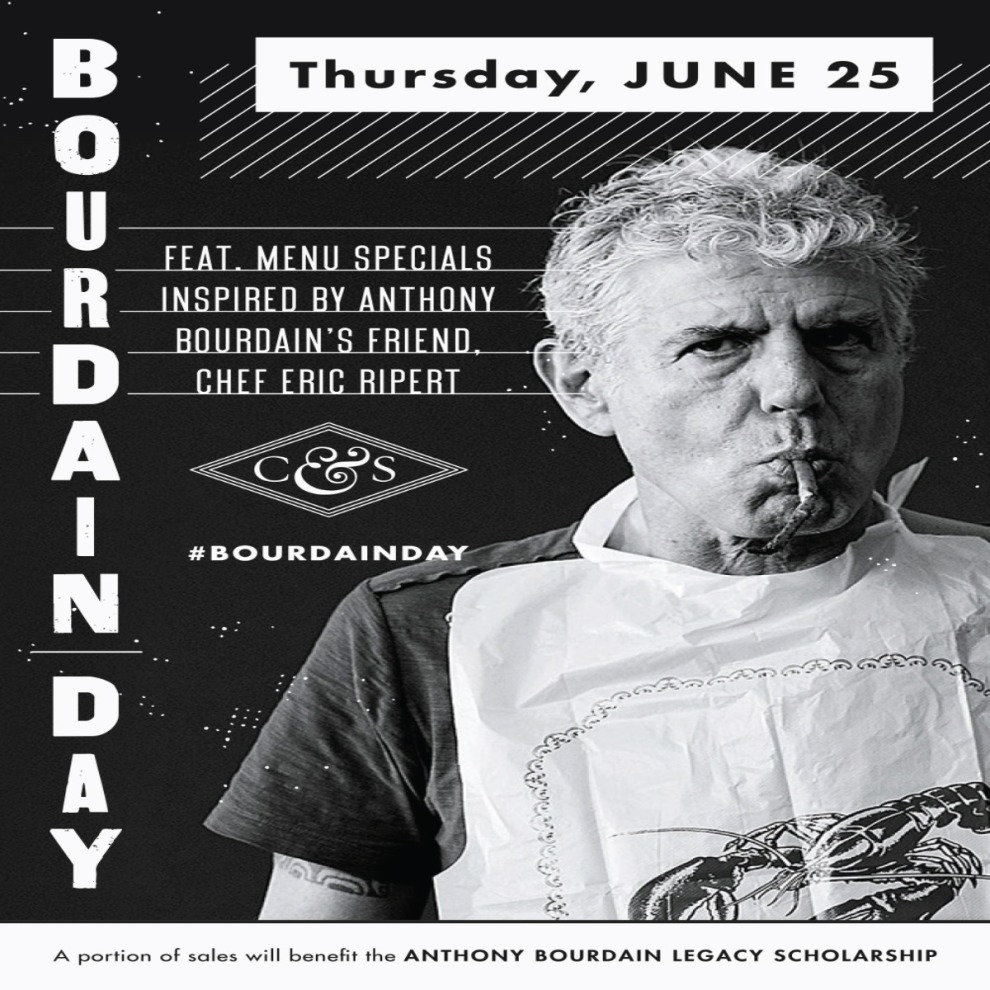 In honor of Bourdain Day on Thursday, June 25, C&S Seafood and Oyster Bar is celebrating with a special limited menu! Throughout the day, the restaurant will serve dishes from Bourdain's beloved friend Eric Ripert’s cookbook along with a collaborative dish from an episode of 'On The Table With Eric Ripert.' In 2019, Bourdain’s friends Eric Ripert and José Andrés coined June 25, what should have been Bourdain’s 63rd birthday, as #BourdainDay in honor of his influential life and work. As fans and admirers of Bourdain’s books, shows and candor, C&S Seafood and Oyster Bar has put together a special occasion in memory of his impactful life.

In addition, the restaurant has pledged to donate a percentage of menu sales to the Culinary Institute of America’s Anthony Bourdain Legacy Scholarship.