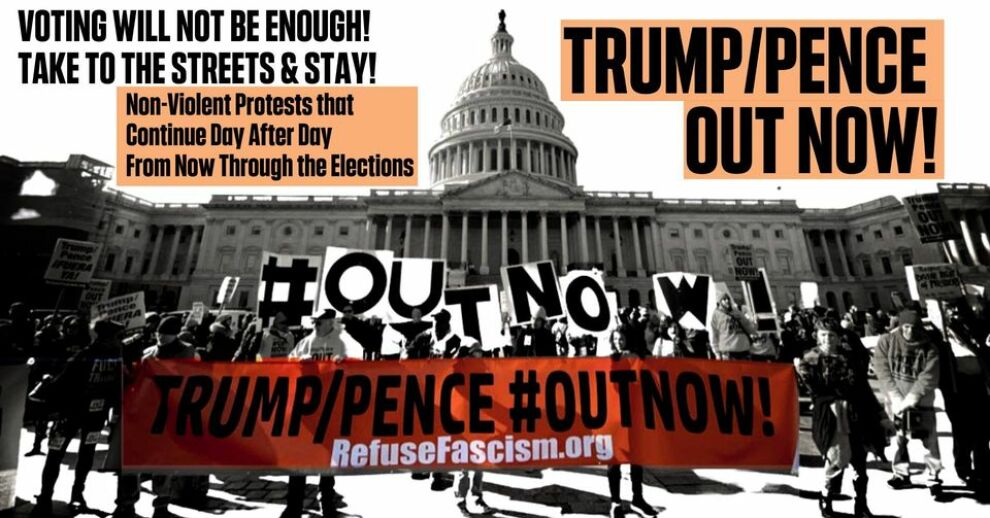 Trump Is Already Stealing the Election. WE NEED TO VOTE, BUT TRUMP WILL NOT BE STOPPED JUST BY VOTING!
Bring visuals of your worst nightmares and help plan to end the whole nightmare for humanity of the Trump/Pence Regime!

It's On: The Struggle for the Future
Will It Be Fascist or Will We Act on Our Conscience?

From Now Through The Elections
United By The Demand: Trump/Pence Out Now**

ATLANTA PROTESTS:
EVERY SUNDAY UNTIL THE ELECTION (Oct. 11, 18, 25, and Nov. 1) 3pm, Piedmont Park (Charles Allen & 10th St.) We will protest, build community, car caravan to neighborhoods and call people into the streets united by the demand Trump/Pence Out Now!