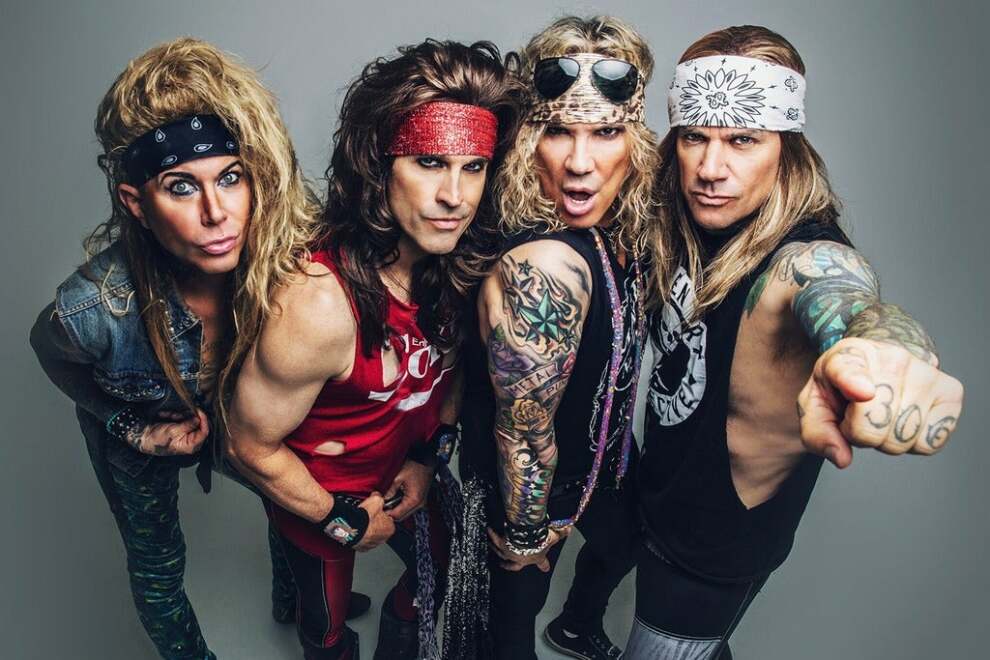 As political correctness suffocates and squeezes the last drop of fun from popular culture, four men boldly plant their flag (and maybe another appendage) into the ground in the name of heavy metal…

Now, Steel Panther—Michael Starr [[[lead vocals], Satchel [[[lead guitar], Lexxi Foxx [[[bass], and Stix Zadinia [[[drums]—have certainly waved the flag for sex, drugs, and metal to the point of keeping this holy trinity alive since emerging in 2000. However, they fulfill (i.e. engorge) this mission to its fullest potential on their fifth full-length, the aptly titled Heavy Metal Rules. The solos screech louder, the vocals soar higher, the drums hit harder, and the bass throbs mightier than ever before.