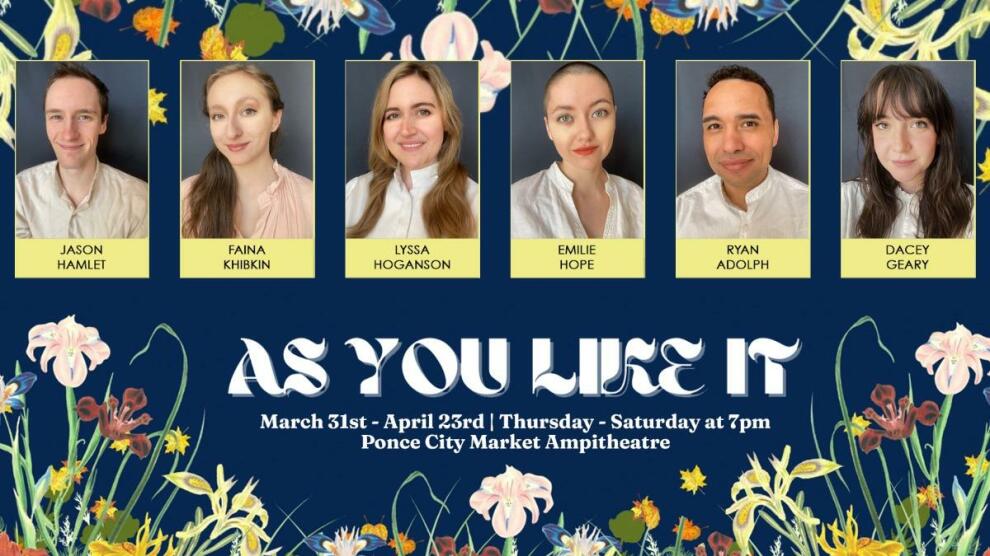 Categories: Theatre
Shakespeare in the Ponce heads outdoors once more! For their second Shakespeare in the Ponce show of 2022, RoleCall brings you As You Like It. As You Like It follows its heroine Rosalind as she flees persecution in her uncle's court. She disguises herself as a page named Ganymede and is accompanied by her cousin Celia. Likewise, a young nobleman named Orlando flees the persecution of his older brother. They, and a host of Shakespeare's most memorable characters, find safety and, eventually, love, in the Forest of Arden. 75 minutes