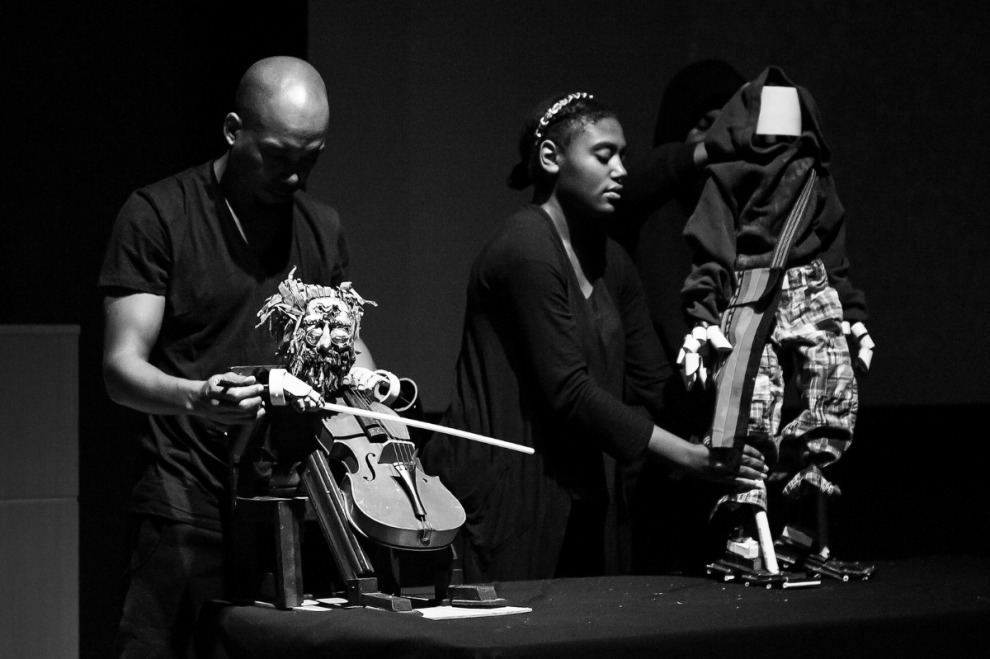 Categories: Community
The Hip Hopera Performance
By Jeghetto’s Entertainment of Durham, NC
Using music, video, and magical marionettes, the show spins the story to which its title and Jeghetto’s moniker refer into an Afrofuturist parable about a robot that longs to be a real B-boy in a post-apocalyptic future. The 5P1N0K10 universe takes the stage. This Hip Hopera created by Jeghetto and co-written by Pierce Freelon was awarded grants from the Henson Foundation two years in a row.
Performance attendees will be transported to an Afro-futuristic post-apocalyptic realm. Puppets by Jeghetto, original score by Hip Hop producer Hir-O.
Photo by J Caldwell