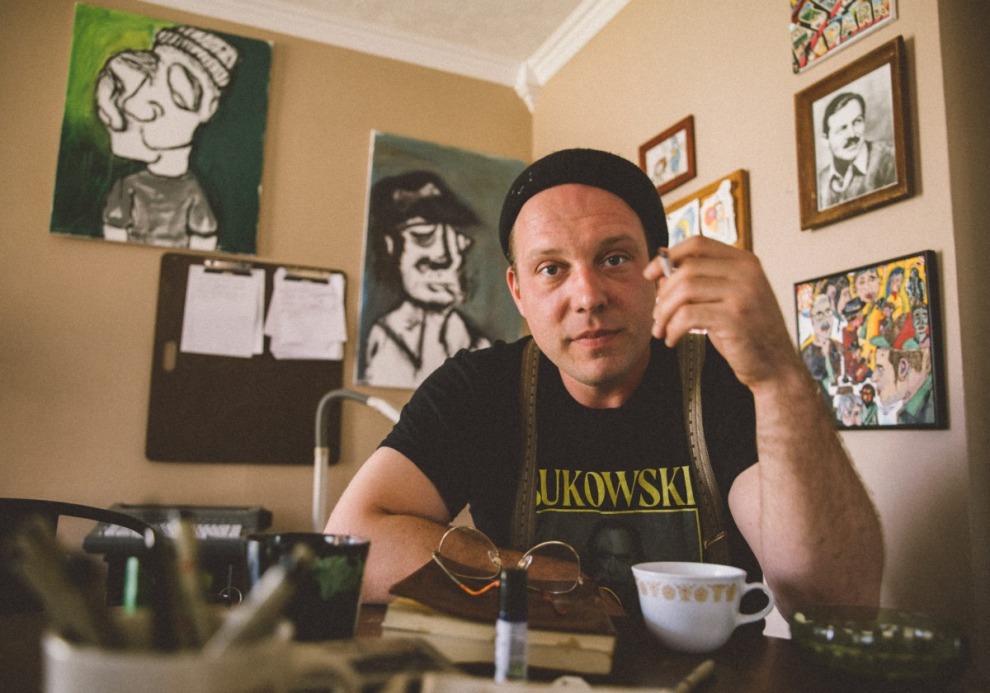 “Why you gotta be so serious kid? / You are where you are and you live where you live.”

Artvertisement is Bradbury’s third album and second release for ANTI-, following his critically acclaimed 2019 LP Talking Dogs & Atom Bombs. Bradbury wrote Artvertisement while touring in support of Talking Dogs, and recorded the album at Trace Horse Studio in March of 2020 over the strange, anxious handful of days between Nashville’s devastating March 3rd tornado and the start of the COVID-19 shutdown.

The title Artvertisement was inspired by Bradbury’s difficult experiences navigating the polished, often soulless Nashville music industry, where record label executives would laud his songwriting — some going so far as to call him a genius — but ultimately turn him away because his music wasn’t commercial.