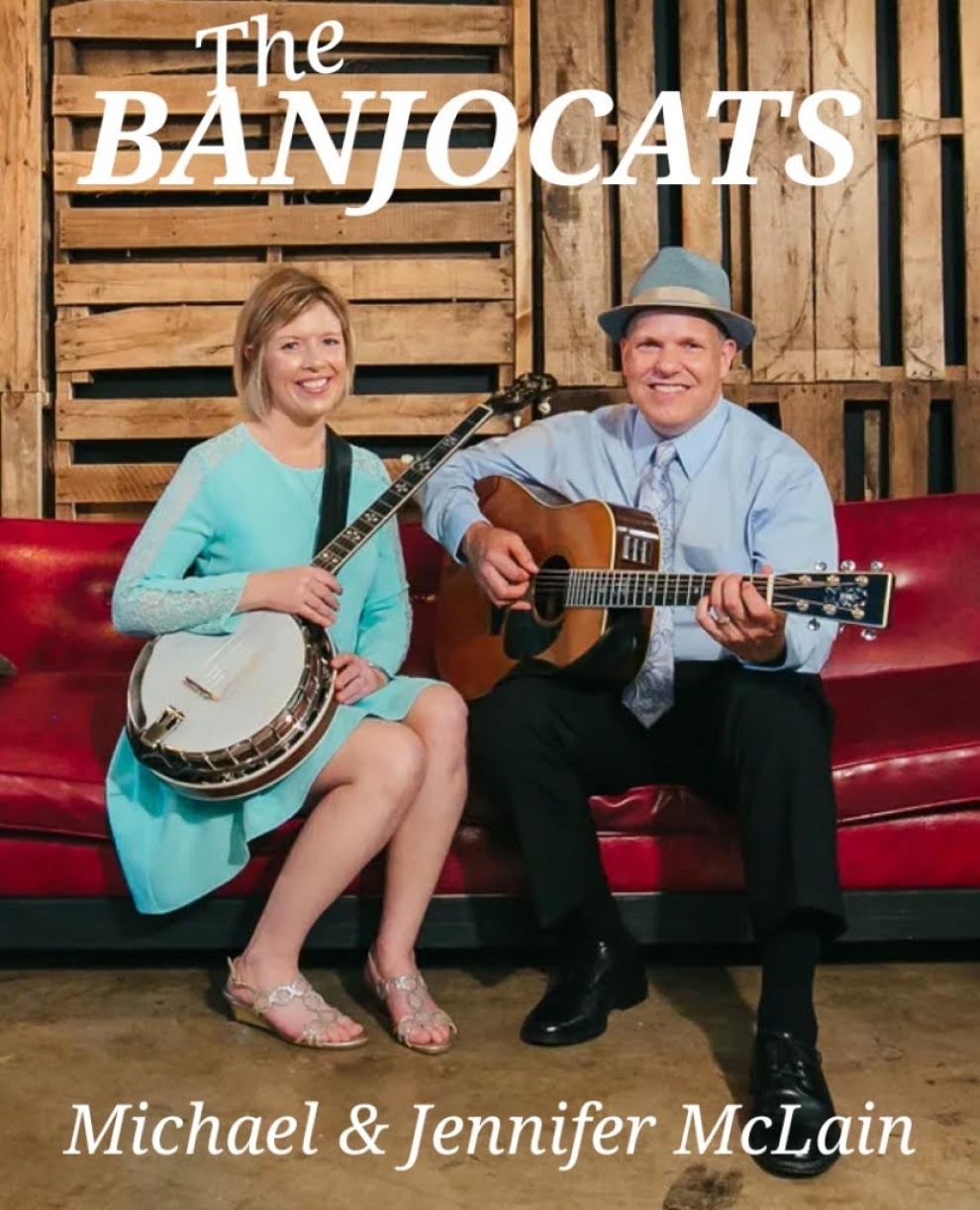 
Both Michael & Jennifer grew up playing and performing in musical families.
Michael toured with the McLain Family Band all across the U.S., and at Carnegie Hall, Lincoln Center, and Chicago's Orchestra Hall, plus appearances on NBC's Today Show and the CBS Morning News. For 13 years, he taught guitar, banjo, mandolin and bluegrass ensemble in the School of Music at Belmont University in Nashville, TN.
Michael & Jennifer literally began playing together on their first date... and have not stopped!
They are both banjo players, but they also play multiple instruments.
The Banjocats are now touring nationally, both as a duo, and occasionally as a full four-piece band, and have appeared on such prestigious shows as the Grand Ole Opry, The Nashville Network (TNN), Country Music Television (CMT), RFD Television, National Public Radio, Song of the Mountains, which airs on over 180 Public Television outlets across the United States.