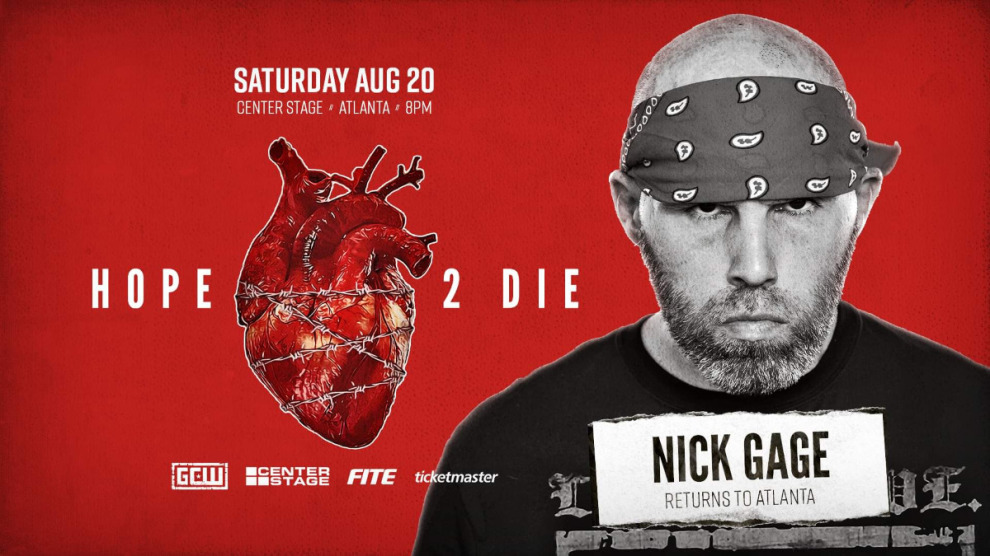 Categories: Sports and Health
Game Changer Wrestling has announced on Twitter that deathmatch king and former world champion Nick Gage will be making his return to the promotion at their August 19th Sanctified event in North Carolina, as well as their August 20th Hope 2 Die event in Atlanta.