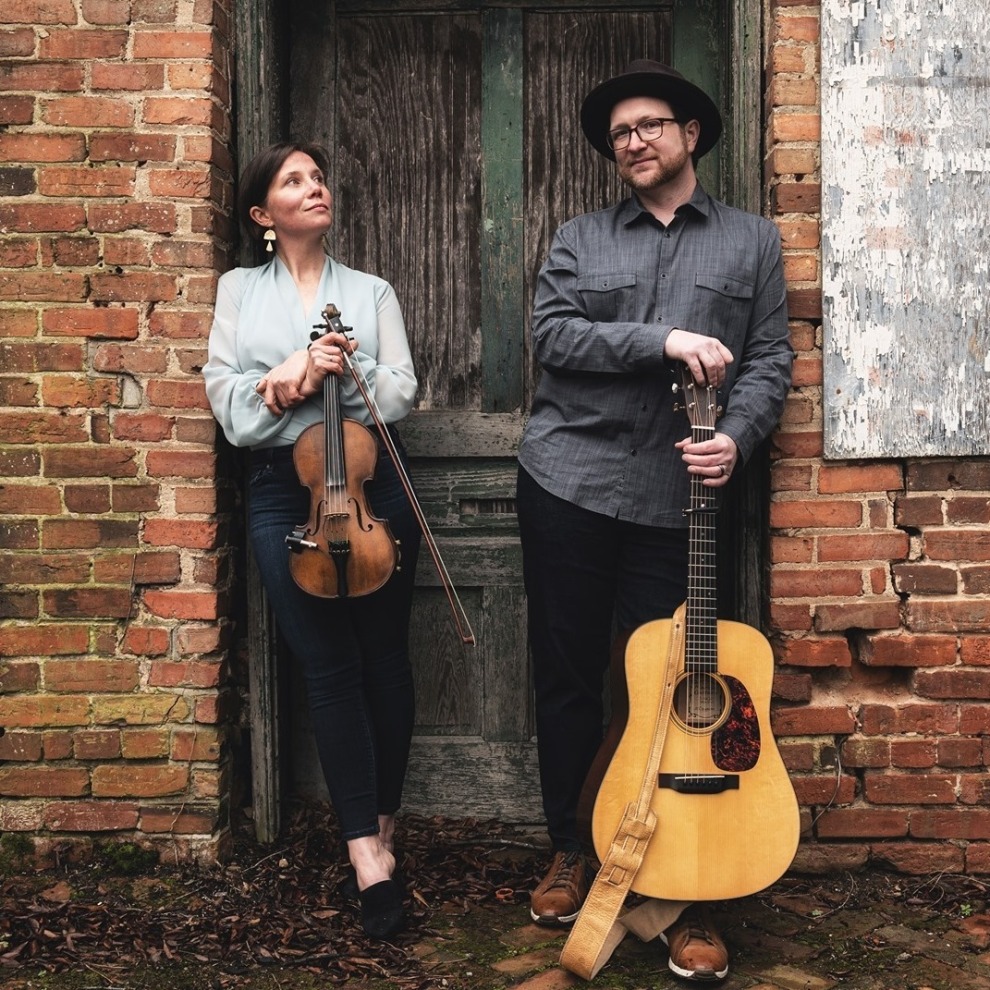 Doors open at 7pm, showtime 8pm.
"Two instruments, two voices, beautiful songs and captivating harmonies. As the lead writers and voices of the popular bluegrass band, the Dappled Grays, Leah and Michael share a long musical history. They used the downtime of the pandemic to write an entire new catalog of music and launched their new project, Smith & Calvert. Their 12 episode Video Podcast "About a Song" is out now. Michael has played with Sugarland, John McEuen (of the Nitty Gritty Dirt Band), the legendary bluegrass fiddler Bobby Hicks, and for 10 years, shared the stage with Lauren Morrow as a member of the Whiskey Gentry. Leah is a first call Atlanta fiddler/violinist and singer. Apart from releasing her own music, she currently plays and records with John Driscoll Hopkins (of the Zac Brown Band) and has recorded extensively with Kristian Bush (of Sugarland)."