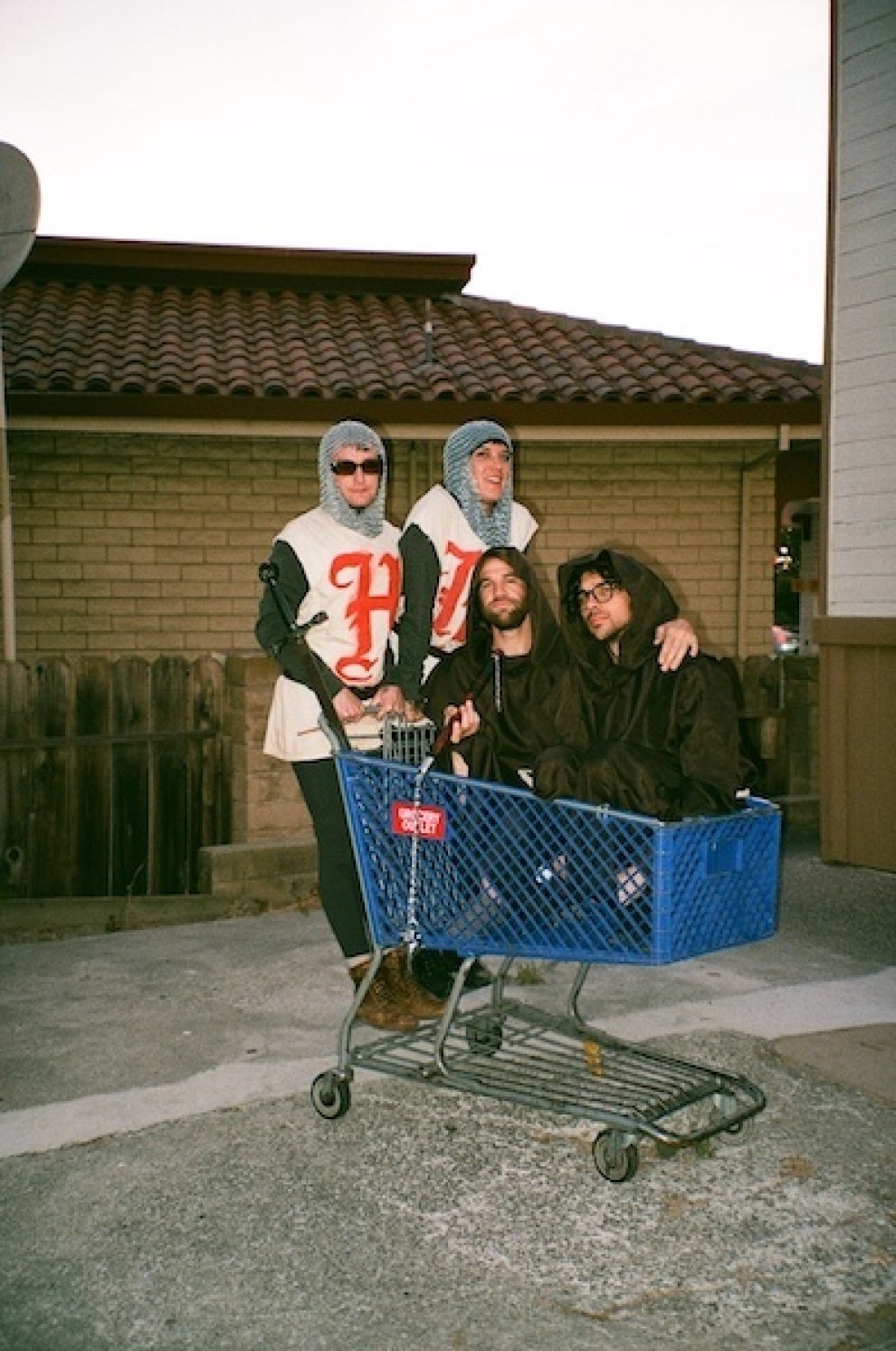 Shutups was born in a leaky storage container in the winter of 2015 Oakland-based singer/guitarist Hadley Davis had just rekindled his friendship with ex-college housemate Mia Wood, who immediately took it upon herself to learn the drums. Fueled by the unbridled potential of a new creative outlet, the DIY-bred two-piece began writing and recording at a lightning pace.Pasting pop fantasies upon obscenely distorted guitars, Shutups borrow equally from 2000s alternative and 70s soft rock balladry like Dave Grohl pounding his way through ELO covers compressed through the blown-out speakers of your shitty car. Davis' vivid lyricism paints romantic yet self-deprecating portraits of suburban life in a world spun out of control, gaining the band a co-sign from modern-day garage rock icon Mike Krol.A year after their Cody Votolato (Blood Brothers)-produced debut LP Every Day I'm Less Zen, Shutups joined the roster of revered indie label Kill Rock Stars in 2020. With the addition of Bud Armienti on bass and Eric Stafford on lead guitar, the group matured into their most prolific form yet, releasing three EPs over two years.Now with a career spanning an LP, seven EPs, and nearly a dozen self-produced music videos, Shutups are on the cusp of their most ambitious era to date and they don't plan on stopping anytime soon.
More information