Terre Roche - Livestream From The Loft At City Winery Nyc 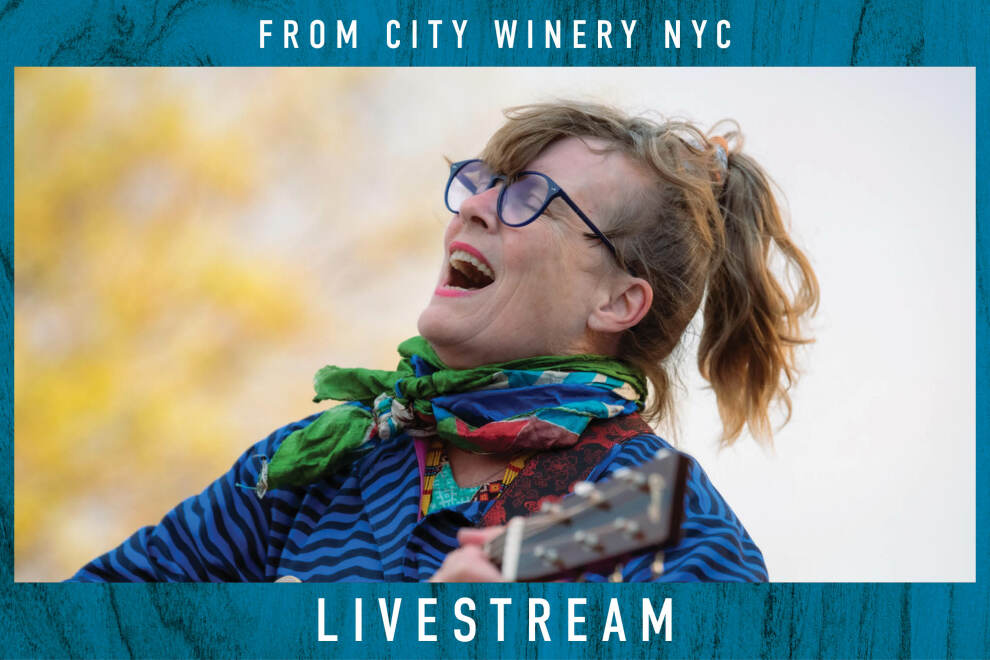 About The Show
Live from The Loft at City Winery NYC


Terre Roche, of the legendary Roches, comes full circle with the release of "Kin Ya See That Sun", an album of live recordings of her and her late sister Maggie performing songs they created as teenagers.

Terre has had a storied musical career, working and
collaborating with many great artists - among them Paul Simon, Philip Glass, Linda Ronstadt, Kathy Mattea, Iggy Pop, Laurie Anderson, and jazzers Garry Dial and Jay Anderson. She sang a duet with Christopher Guest at Spinal Tap's "Unplugged" performance at The Beacon Theatre. She shrieked her way into the prog rock genre as the memorably agonized voice on Robert Fripp's classic album Exposure.

Four years ago Terre was sent some rare live recordings of songs she and her late sister Maggie created when they were hired as teenagers to perform at colleges all over the United States in 1970. "Kin Ya See That Sun", the very first song they wrote together when they were 12 and 13 years old is the title of this unusual album which is also a book with drawings,photographs, quotes and stories from their remarkable childhood adventure.

For this special livestream from City Winery Loft, Terre will perform songs, old and new, and tell stories that show how Music has carried her through life like a magic carpet ride. This will be fun!