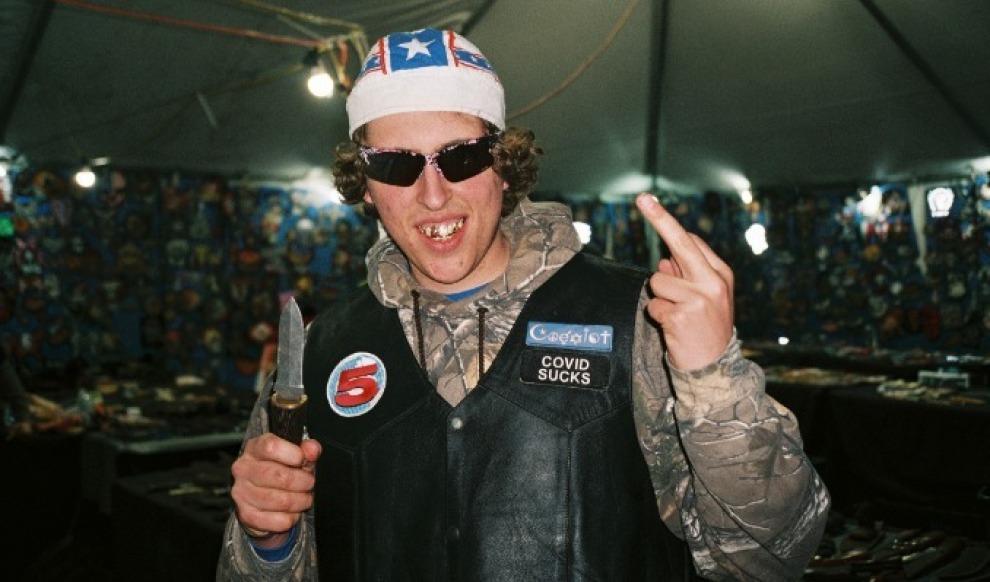 CL RECOMMENDS
CL Critic Matthew Warhol Recommends: Andrew Callaghan might just be the best interviewer of our time. On his YouTube channel—Channel 5, previously All Gas, No Brakes—he’s racked-up hundreds of millions of views traveling around the country and capturing unique facets of American life. From right-wing extremists like Alex Jones and White Lives Matter protesters to cringe-inducing pick-up artists and lovable gang members, everyone gets their turn in front of the microphone. Whether they end up looking good, is up to them. While Andrew is clearly a leftist, his on-the-street interviewing style doesn’t let his guests in on his own thoughts. His strength is asking simple, open-ended questions and making people feel comfortable enough to share their opinions. He acts as a mirror to these American subsets, letting them appear as their genuine selves, for better or worse. The result is often comedic, as the people he speaks to mostly come across completely insane. But often, the results are deeply insightful and emotional. For example, when interviewing NRA members at a conference in Houston days after the Uvalde shooting, he juxtaposed their gun-loving ramblings with members of the Uvalde community speaking on the tragedy and America’s gun problem. It’s a heartbreaking look at this ongoing issue. How will any of this translate into a live experience? I have no idea. I do know he has been working on a documentary on the January 6, 2021 capitol insurrection, so maybe fans will get a taste of that. Regardless, this man has carefully-crafted everything he has done so far, so I imagine a live experience will have the same thoughtfulness. — MW