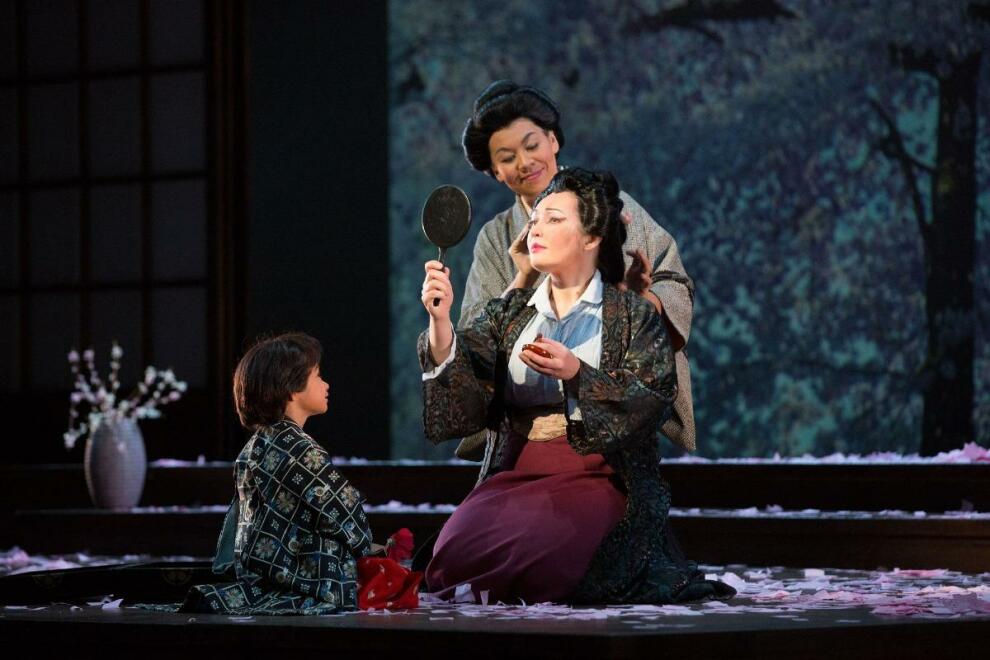 Cultures collide when an American naval officer stationed in Nagasaki decides to take a Japanese wife. Cio-Cio-Sanâ€”fifteen years old and in loveâ€”dreams of her new life with the handsome young officer. Renouncing her culture and her family to become a proper American wife, she settles into his home overlooking Nagasaki Harbor and waits for his ship to return. Featuring Yasko Sato as Cio-Cio-San and Gianluca Terranova as Pinkerton singing one of the most exquisitely beautiful works in the repertoire. Nina Yoshida Nelsen, Julius Ahn, and Allen Michael Jones also join the cast and The Atlanta Opera Orchestra, led by Timothy Myers. Tomer Zvulun directs.