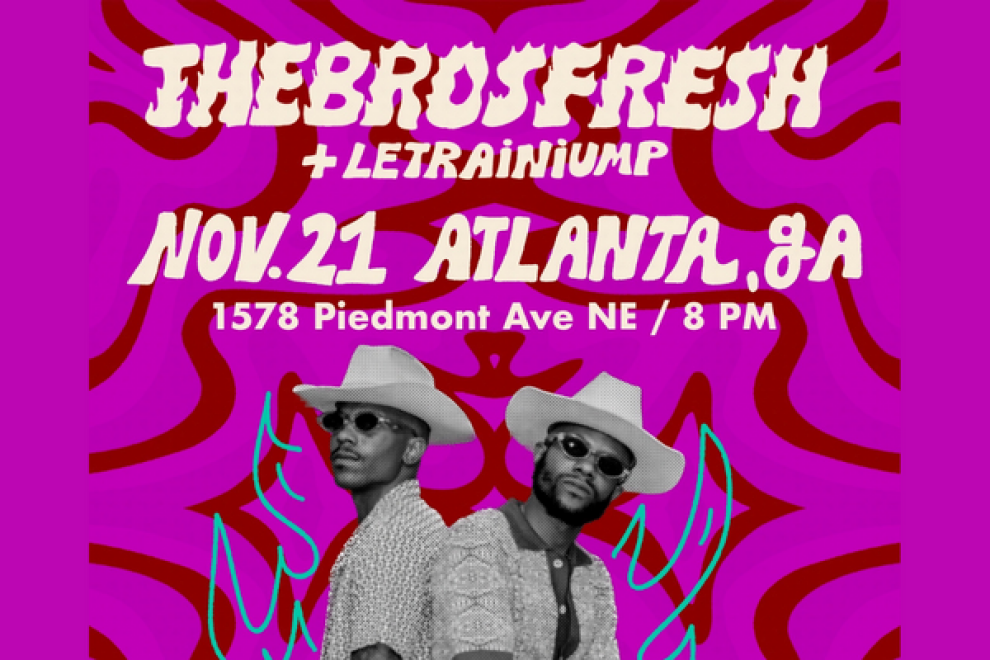 Hailing from Geismar, LA, a little town nestled between Baton Rouge and New Orleans, THEBROSFRESHprovide renewed insight and impact through the creative outlets and spaces that they occupy.

Showcasing sounds that pay homage to their R&B/soul, southern hip-hop, and rock upbringing, THEBROSFRESH are establishing a new perspective to what's "southern". Hard-hitting percussion and aural aggression meet a smooth sensibility and aesthetic in a way that has never been experienced.

LeTrainiump Richard is a Black pop singer/songwriter from Mamou, Louisiana. Only three years ago, he began pursuing a music career in earnest and has already amassed a list of collaborators including members of the Grammy-nominated Tank and the Bangas, Grammy-winning engineer Reginald “ReggieNic” Nicholas, as well as Pell, Alfred Banks and HaSizzle. He has shared stages with Big Freedia and Sweet Crude and, in 2020, performed as part of the virtual Band Together Benefit alongside Grammy-winning PJ Morton and New Orleans music luminaries including Ivan Neville, Kermit Ruffins and more. Most recently, he appeared on the critically acclaimed eponymous debut from Pell’s glbl wrmng collective.