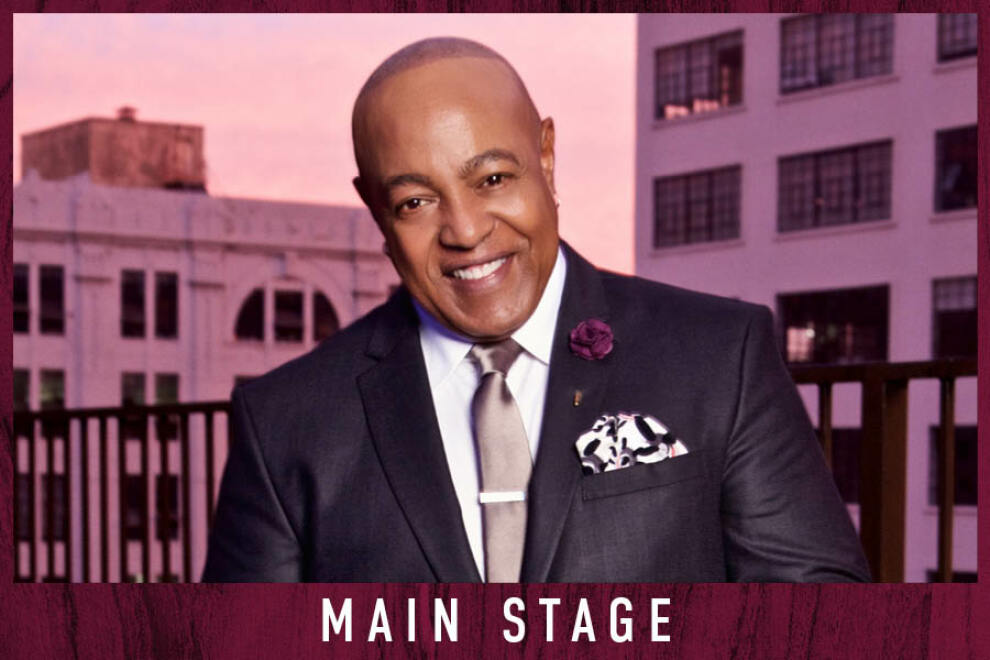 ABOUT THE SHOW
Peabo Bryson, the legendary voice of love"? is back.

Born Robert Peabo Bryson on April 13, 1951 in Greenville, South Carolina, this world renowned balladeer got his start as the lead singer of Al Freeman & The Upsetters and Moses Dillard & The Tex-Town Display. In 1976, he released his debut LP, Peabo, on Atlanta's Bullet/Bang label. Peabo composed nearly all the songs for this album (some with the great Thom Bell), in addition to a young Luther Vandross being among the background vocalists, and sexy Black film star Tamara "Cleopatra Jones"? Dobson showing him love on the back jacket.

Peabo had back-to-back gold albums with Capitol Records, Reaching for the Sky (1977) and Crosswinds (1978). The title tracks of these albums, as well as the hit singles "Feel the Fire"? and "I'm So Into You"?, truly penetrated the hearts of soul fans everywhere. During his relationship with Capitol, Peabo collaborated with label mate and friend Natalie Cole for the 1979 project We're the Best of Friends. A year later he worked with the phenomenal Roberta Flack for the double-LP Live & More (on Atlantic Records). Peabo delivered four more albums for Capitol before making a second, even bigger album with Ms. Flack titled Born to Love, a gold seller that featured the smash "Tonight I Celebrate My Love"? (Top 5 R&B and #16 Pop chart). Peabo soon moved over to Elektra Records for four albums, the second of which, Take No Prisoners featured the crossover smash "If Ever You're In My Arms Again"? (Top 10 Pop and R&B).

A return to Capitol in 1989 for the one-off album All My Love, earned Peabo his first R&B #1 single with a remake of the late Al Wilson's "Show & Tell"?. He hit the top of the R&B charts a second time with the smash "Can You Stop The Rain"?, the title track of one of his two chart topping albums with Columbia Records.