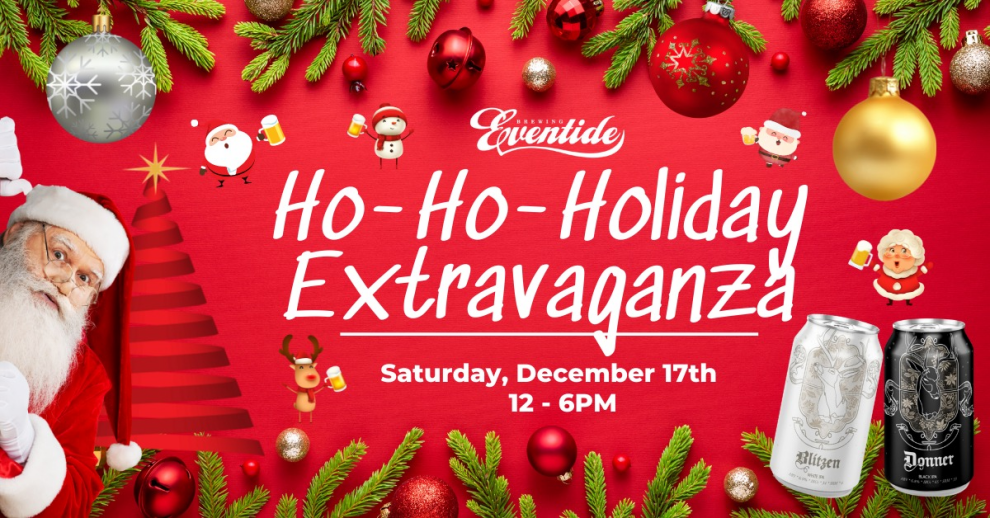 On December 17, Eventide Brewing will host its ho-ho-holiday extravaganza!

Kids: St. Nick will be on hand to greet and take photos, and children will be able to put pen (or crayon) to paper at the brewery’s “Letters to Santa” writing station.

Adults: Eventide has 18 draft beers, including the release of its Candy Cane Kattegat and the releases of Donner and Blitzen, the brewery’s Black and White IPAs, respectively

Eventide is offering two options for people to give back to those in need.

The brewery will be accepting toys on the 17th for MUST Ministries. Anyone who brings an unopened toy will receive a free GA ticket to Eventide’s 9th Anniversary Party in January.

Throughout the holiday season, Eventide will be accepting pantry items, canned goods and personal and household items for Shrine Community Market. Anyone who brings in three unused items will receive a free beer.