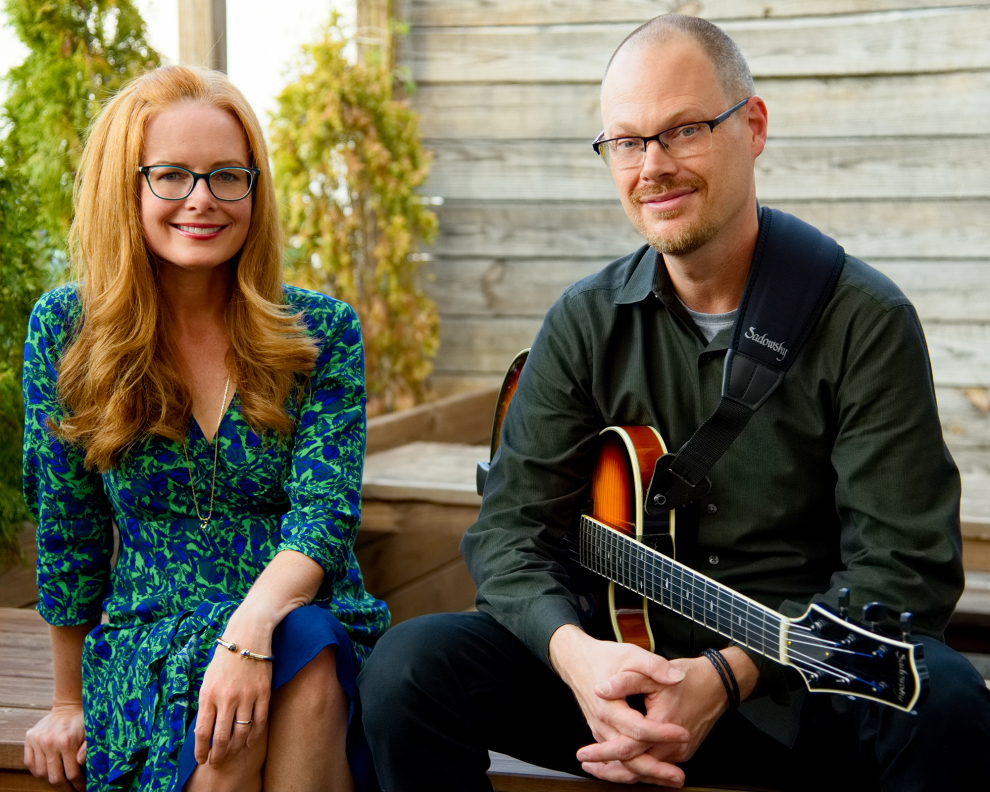 Over the past decade, guitarist Trey Wright and vocalist Laura Coyle have established themselves as first-call musicians on the the Atlanta jazz scene. They joined forces in 2017 to form the Laura Coyle and Trey Wright Duo. United by their love of classic jazz pairings including Joe Pass and Ella Fitzgerald and Tuck and Patti, the duo performs a unique repertoire of jazz standards, Brazilian music and contemporary songs by their favorite songwriters. On any given night, the duo plays an entertaining and eclectic mix of music by Cole Porter, Antonio Carlos Jobim, Hoagy Carmichael, Dolly Parton and Joni Mitchell.

Laura Coyle has been a featured performer twice at the Atlanta Jazz Festival, her quintet launched the Larry Rosen Jazz Roots series at the Cobb Energy Centre, and she’s a guest vocalist with Joe Gransden’s Big Band. Laura has shared the stage with Johnny O’Neal and Audrey Shakir and she’s played venues from the High Museum to the Velvet Note, Eddies Attic, The Savannah Music Festival and The Jazz Corner in Hilton Head. Laura began her study of music privately while pursuing her career as an illustrator for Papyrus, Hallmark, Target, and many other brands. In her 10 years as a musician she’s released two CDs under her name, received international airplay and become a favorite among musicians and jazz fans near and far. Peter Merrett, of PBS Melbourne Australia remarked, “A stunning voice, wonderful phrasing on these classic standards breathing new life into every word.”

In the mid 1990’s Trey Wright co-founded the Athens/Atlanta based jazz band Squat, a six-time winner of Best Jazz Band at the Flagpole Athens Music Awards. In addition to performing at the Atlanta Jazz Festival, Montreux Jazz Festival, Jazz A Vienne, the Festival of International Theatre in Casablanca, and the World Sacred Music Festival in Bangalore, India, Trey has performed or recorded with Yellowjackets bassist Jimmy Haslip, John Patitucci, Dave Weckl, Joe Lovano, Corey Christiansen and Darmon Meader of the New York Voices. As a composer, Trey’s music has been heard on NPR’s All Things Considered and his most recent Blue Canoe Records releases Thinking Out Loud and Songs From Oak Avenue have been featured as part of Delta Airlines In-Flight entertainment. In addition, Trey is a Senior Lecturer of Jazz Studies at Kennesaw State University.