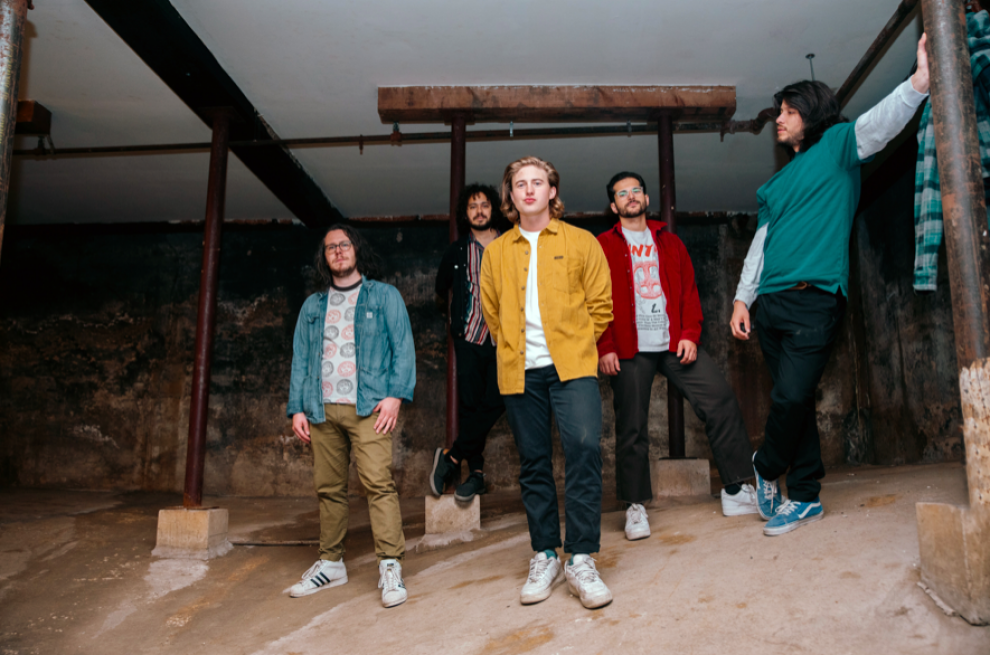 Lauded as â€œthe future of retro rockâ€ (CLASH Mag), Chicago-based Hollyy masterfully imparts a sound both grounded in youth and transcendent of it. Since the bandâ€™s inception in March 2020, this group of self-proclaimed â€œgarage-soul boysâ€ has released a collection of breezy singles as well as their debut EP, Miss the Feeling.
Flaunting a signature combination of stirring vocals, jazzy instrumentals, and indie rock stylings, its no surprise that Hollyy has been likened â€œto such modern soul powerhouses like St. Paul and the Broken Bonesâ€ (Atwood Magazine). Aside from headlining their own live shows, Hollyy has opened for several prominent artists, including Jacob Banks and Gwen Stefani. In 2021 they also recorded an Audiotree Live session and began work on their second EP, If Youâ€™re Ever Lost.
Produced and engineered with the help of Mark Needham (The Killers, Fleetwood Mac) and Nixon Boyd (Hollerado), If Youâ€™re Ever Lost is written from a long-form musical headspace and reflects upon the groupâ€™s collective experience of isolation and introspection over the past two years. It aims to cultivate an air of experimental creativity as of yet unseen in their discography. Release date: February 11, 2022.
Hollyy features the talents of Tanner Bednar (vocals), Brandon Couture (guitar), Peter Giere (keyboard), Rafe Soto (drums), and Dominic Zeier (bass). And as American Songwriter puts it, â€œeven the sharpest nose wonâ€™t find anything manufactured about their talent. Theyâ€™re the real deal.â€